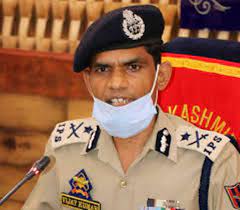 Kulgam : One terrorist of Lashkar-eTaiba (LeT) was killed during an encounter in Jammu and Kashmir’s Kulgam, Inspector General of Police (IGP) Kashmir, Vijay Kumar said on Friday. “One terrorist has been killed so far. A complete search of building yet to be completed,” said the IGP. On Thursday, two security personnel and two civilians were injured in firing by LeT terrorists during an encounter in Jammu and Kashmir’s Kulgam. “Two terrorists of LeT are still trapped. Exchange of fire is underway. Two security personnel and two civilians are injured in the firing by terrorists,” Kumar said. According to IGP, terrorists open fire upon a BSF convoy in Kulgam earlier in the day. “Senior officers of police, CRPF and Army are present at the spot,” the IGP had said. (agencies)