We have to keep our unity, integrity intact: CDS General Rawat 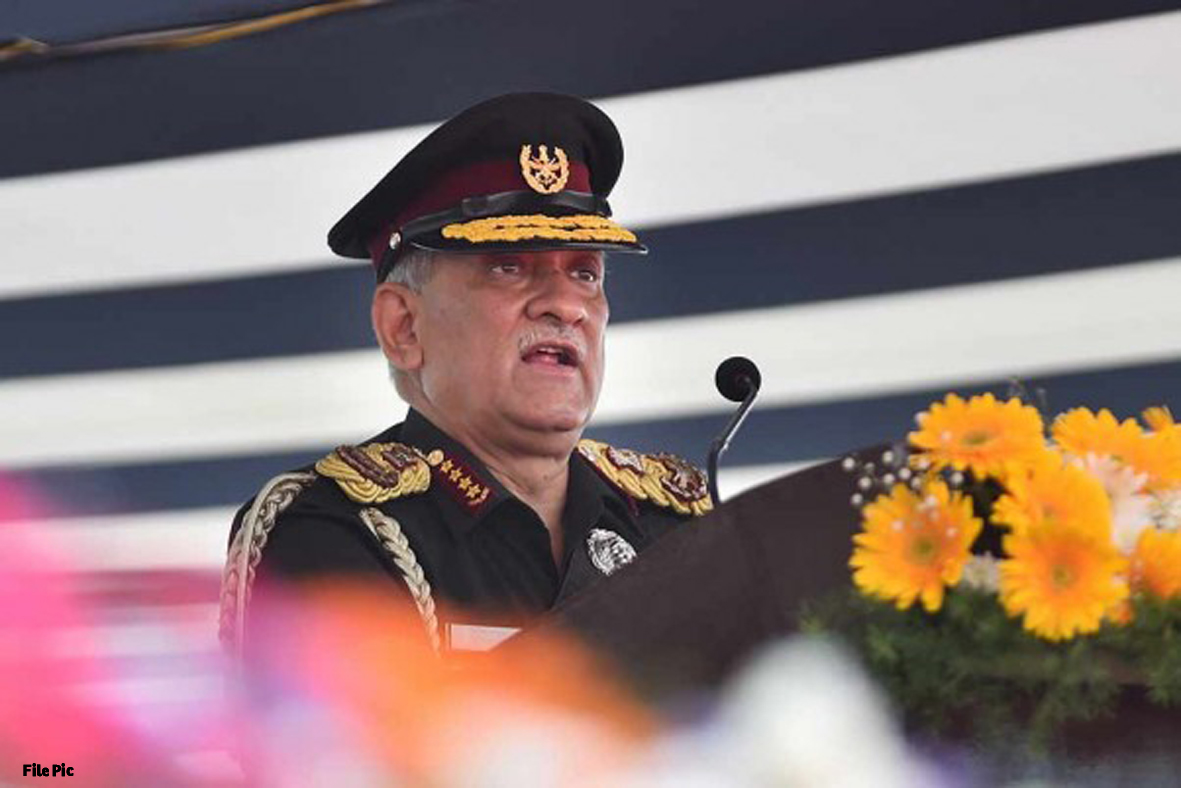 New Delhi, August 13: Chief of Defence Staff (CDS) General Bipin Rawat on Friday said that Indian armed forces will take strong action against organisations that will try to hamper our unity while adding that “We have to keep unity and integrity intact.”
While addressing an event organised by the Ministry of Defence as part of ‘Azadi ka Amrit Mahotsav’, Rawat said that after attaining freedom, India was forced to enhance the capabilities of its armed forces in the wake of attacks.
“After Independence, our country faced attacks and we had to increase the capabilities of our armed forces and other security agencies to work together. Our country is a peace-loving nation but we faced some situations and we had to train our forces for war.”
He noted that the Prime Minister, Narendra Modi, has given directions to modernise the defence forces.
“PM has given us some directions that we have to focus on our country’s economic revival, think on Human Resource Development and encourage technology and research. We’ve to progress towards military defence reforms,” said CDS General Rawat.
He further said India as democracy has shown the way to other nations.
“Our country has laid the foundation in front of the world that takes forward the democratic process. The motive of our country is ‘the world is one and in the coming years we will take this message to the world,” said Chief of Defence Staff.
He further congratulated countrymen on the 75th Independence Day and assured them that armed forces will keep them safe.
“I want to congratulate countrymen on the 75th Independence Day and want to assure that our armed forces will keep them safe. We will take strong action against organisations that will try to hamper our unity. We’ve to keep our unity & integrity intact,” he added.
Defence Minister Rajnath Singh launched various events virtually from New Delhi on Friday to commemorate the 75th anniversary of India’s Independence, being celebrated as ‘Azadi Ka Amrit Mahotsav’.
Meanwhile, Azadi ka Amrit Mahotsav is an initiative taken by the Central Government to commemorate 75 years of India’s Independence. It was inaugurated by Prime Minister Narendra Modi and he flagged off Dandi March from Sabarmati Ashram in Ahmedabad on March 12.
For instilling a sense of pride and confidence among citizens that the Indian Army is committed to protecting the country in all types of terrain and climate, the teams of the Army will scale 75 mountain passes to mark this momentous occasion. The passes include Saserla Pass in the Ladakh region, Stakpochan Pass in the Kargil region, Satopanth, Harshil, Uttarakhand, Phim Karnla, Sikkim and Point 4493, Tawang region of Arunachal Pradesh. (Agencies)