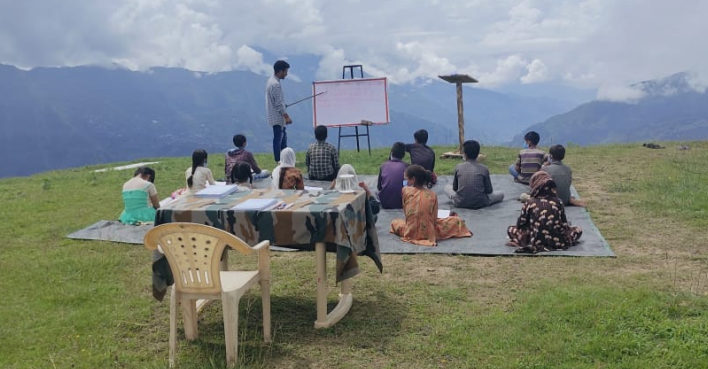 Jammu, Aug 30: To ensure that children from Gujjar and Bakarwal communities living in the upper reaches of Jammu and Kashmir”s Rajouri and Reasi districts have access to education, the Army has started tuition classes for them, a defence spokesperson said on Monday.
Gujjars and Bakarwals move to the higher reaches of the Pir Panjal range in search of greener pastures for their livestock at the onset of summer and return to the plains before the onset of winter.
The tuition classes have already been started in the higher reaches and far flung villages at Banj and Richh Bagla, Ichni, Makhidhar, Dhakikot, Kalaban, Chakal Hawalan, Balmatkot and Shikari in Reasi and Rajouri districts. They will continue till October 2021, the spokesperson said.
He said a large number of students at each location are being benefited by this initiative. It ensures that children from these communities have access to education and can regain interest in studies.
“Due to the migratory habits of these families, the prime sufferers are the children who remain absent from their schools for six to eight months,” the spokesperson said.
The civil administration has acknowledged this exceptional inventiveness and conveyed its appreciation for the wholehearted efforts of the Army that are bound to assist the young children in their quest for a bright and better future. (Agencies)