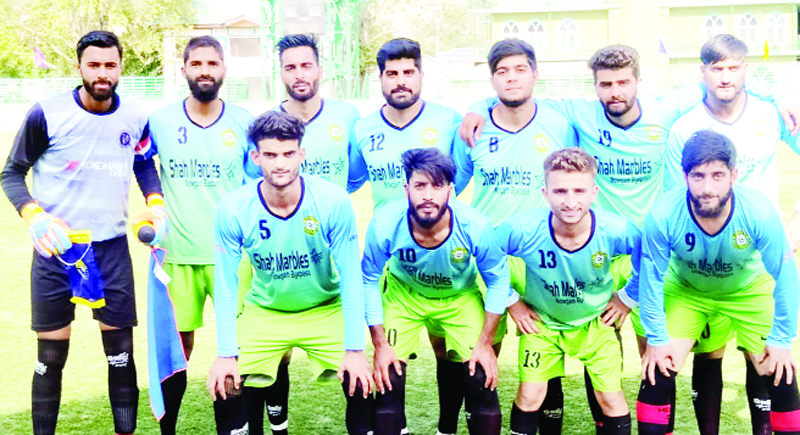 SRINAGAR, Aug 30: Court Road FC trounced Fortview FC by a solitary goal, while result of another match which was played between Real Kashmir Under-18 and Etihad FC Nowgam remained goalless draw in the ongoing DFA Srinagar Annual Football League tournament, being played at Synthetic Turf TRC, here today.
The first match was played between Real Kashmir Under-18 and Etihad FC, Nowgam. Both the Clubs started with an aggressive note and tried to dominate each other but failed to find the net. Etihad FC was offensive right from the start of the match as they missed two to three goals. The young Turks of Real Kashmir also played marvellous games and tried their best to find the net but could not succeed. Thus, the match ended with a goalless draw.
The 2nd match was played between Court Road FC and Fortview FC. However, this match also started with an aggressive note, but it was Hyder of Court Road FC who found the net and scored a goal for his team in 15th minute of the game. The Fotview FC exhibited quality Football and made some good moves on the opponents for goal but they failed to find the net for an equaliser. Thus, the match ended with 1-0 in favour of Court Road FC.
The tournament is being organized by DFA Srinagar in collaboration with Jammu and Kashmir Sports Council.