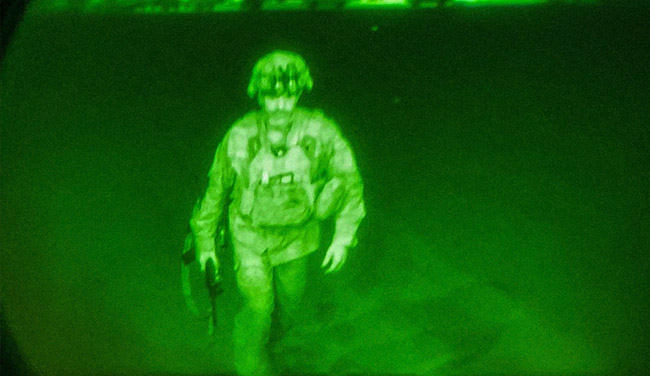 Washington, Aug 31: The US military has completed its withdrawal from Afghanistan to end a brutal 20-year war, which has been America’s longest. It started and ended with the hardline Taliban in power, despite billions of dollars spent trying to rebuild the conflict-wracked country.
Celebratory gunfire rang out in Kabul in the early hours of Tuesday, and elated senior Taliban officials hailed the event as a watershed moment.
The withdrawal came after the fraught final days of a frantic mission to evacuate tens of thousands of Americans and Afghans who had helped the US-led war effort — and which left scores of Afghans and 13 US troops dead in a suicide attack last week.
That attack — claimed by the ISIS’s Afghan offshoot — gave edgy urgency to the risky US-led international airlift from Kabul, and also revealed the possible troubles ahead for Afghanistan as the Taliban move to form a government and actually rule.
The withdrawal came before the end of August 31, the actual deadline set by President Joe Biden to call time on America’s longest war — one that ultimately claimed the lives of more than 2,400 US service members. (Agencies)