Home Kashmir Rupee rises 29 paise to close at 73.00 against US dollar
Kashmir 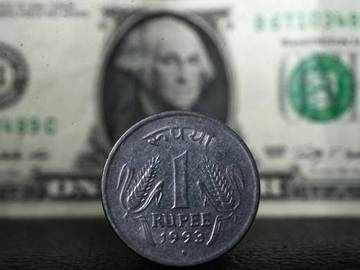 Mumbai: The rupee strengthened further by 29 paise to close at 73.00 (provisional) against the US dollar on Tuesday, marking the fourth straight session of gain following a firm trend in domestic equities and foreign fund inflows.

At the interbank forex market, the local unit opened at 73.26 against the greenback and later gained strength to settle at 73.00, higher by 29 paise over its previous close of 73.29.

The rupee has spurted by 124 paise against the dollar in four straight sessions to Tuesday.

Meanwhile, the dollar index, which gauges the greenback’s strength against a basket of six currencies, was trading down 0.12 at 92.54.

Markets are pricing continuation of inflows from foreigners after regulatory curb by the Chinese government.  Apart from speculative inflows, FDI inflows are also supporting the local currency, Parmar said.

“Spot USDINR is expected head towards June low of 72.32 once the level of 72.74 breaches while on higher side 73.64 becomes the strong resistance,” he added.

Foreign institutional investors were net buyers in the capital market on Monday as they purchased shares worth Rs 1,202.81 crore, exchange data showed. (AGENCIES)