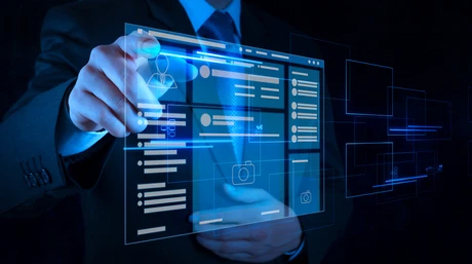 JAMMU, Aug 30: Home and Cooperation Minister Amit Shah along with Commerce Minister Piyush Goyal and Minister of State in the Prime Minister’s Office (PMO) with Independent Charge of Science and Technology Dr Jitendra Singh and three other Union Ministers, Lieutenant Governor Manoj Sinha, top bureaucrats of Home, Commerce and Industry Ministries, JK Government and representatives of ASSOCHAM, FICCI and leading trade and industrial bodies of UT will tomorrow launch web portal for registration of Industrial units Online from across the globe in J&K under new Industrial Policy.
The launch will take place virtually from Union Ministry of Home Affairs (MHA) Conference Hall at North Block New Delhi at 3.30 pm.
It will be joined Online by many dignitaries from Jammu and Srinagar, official sources told the Excelsior.
The launch of web portal for registration of units under the `New Central Sector Scheme 2021′ for Jammu and Kashmir will give access to the business houses not only within the country but across the globe to register Online and find out all details of the new Industrial Policy including incentives, Industrial Estates, land availability and host of features required for the purpose.
Besides Amit Shah, Piyush Goyal and Dr Jitendra Singh, three other Union Ministers who will join the launch of web portal include Minister of State for Home Nityanand Rai and Ministers of State for Commerce Som Prakash and Anupriya Patel.
Home Secretary Ajay Kumar Bhalla, Secretary Department for Promotion of Industry (DIPT), Additional Secretary and Joint secretary MHA Incharge Jammu and Kashmir and Ladakh, Managing Director-cum-Chief Executive Officer of Invest India Deepak Bagla and Financial Advisors of the concerned Ministers will also be present.
Lieutenant Governor Manoj Sinha will join the web portal launch ceremony Online from Srinagar along with Chief Secretary Dr Arun Kumar Mehta, Principal Secretary Industries & Commerce Ranjan Prakash Thakur, Secretaries and Head of Departments (HoDs) and representatives of trade and industry bodies.
In Udhyog Bhawan Jammu, the function will be joined Online by the Director Industries, officers of the Department and representatives of trade and industry organizations.
While the Union Ministers will be physically present at the function in New Delhi, representatives of Association of Chamber of Commerce and Industry of India (ASSOCHAM), Federation of Indian Chamber of Commerce and Industry (FICCI), Director General (DG) of National Informatics Centre (NCI) and other bodies will attend the web portal launch function Online.
“Launch of web portal will be of great help for the investors from across the globe as the Corporate Houses will be able to get full information of the New Industrial Policy from the portal. Their queries will also be addressed Online”, sources said.
The Central Government had earlier announced Rs 28,400 crore worth Industrial Scheme for the Union Territory of Jammu and Kashmir projecting generation of around four to five lakh jobs. However, as per the J&K Government sources, there has been massive response to the Industrial Policy and the investments are now projected at Rs 50,000 crore while jobs are targeted around 10 lakh.
Jammu and Kashmir Government has already approved investment proposals to the tune of Rs 23,000 crore including Rs 12,000 in Jammu and Rs 11,000 crore in Kashmir.
Asserting that there were many big names among the investors in Jammu and Kashmir, sources pointed out that the initial fear psychosis among the industrialists is now gone as they feel the conditions are quite conducive for setting up their units. Moreover, the incentives in the Industrial Policy are also attractive. The Government has, however, ensured in the Policy that the incentives are not misused.
The Jammu and Kashmir Government is also expected to attract more investments from Dubai when a Government delegation will be visiting there in December this year for the purpose.
While some proposals of investments in Jammu and Kashmir have already been received from abroad, the Government is expecting more foreign investment after the delegation’s visit to Dubai in December.

Security personnel in action at the encounter site in Bhatta Durrian area at Mendhar in Poonch district on Wednesday. —Excelsior/Rahi Kapoor

Washington, Oct 20: US Republicans are warming to a possible run by Donald Trump in the 2024...
Read more

Security personnel in action at the encounter site in Bhatta Durrian area at Mendhar in Poonch district on Wednesday. —Excelsior/Rahi Kapoor