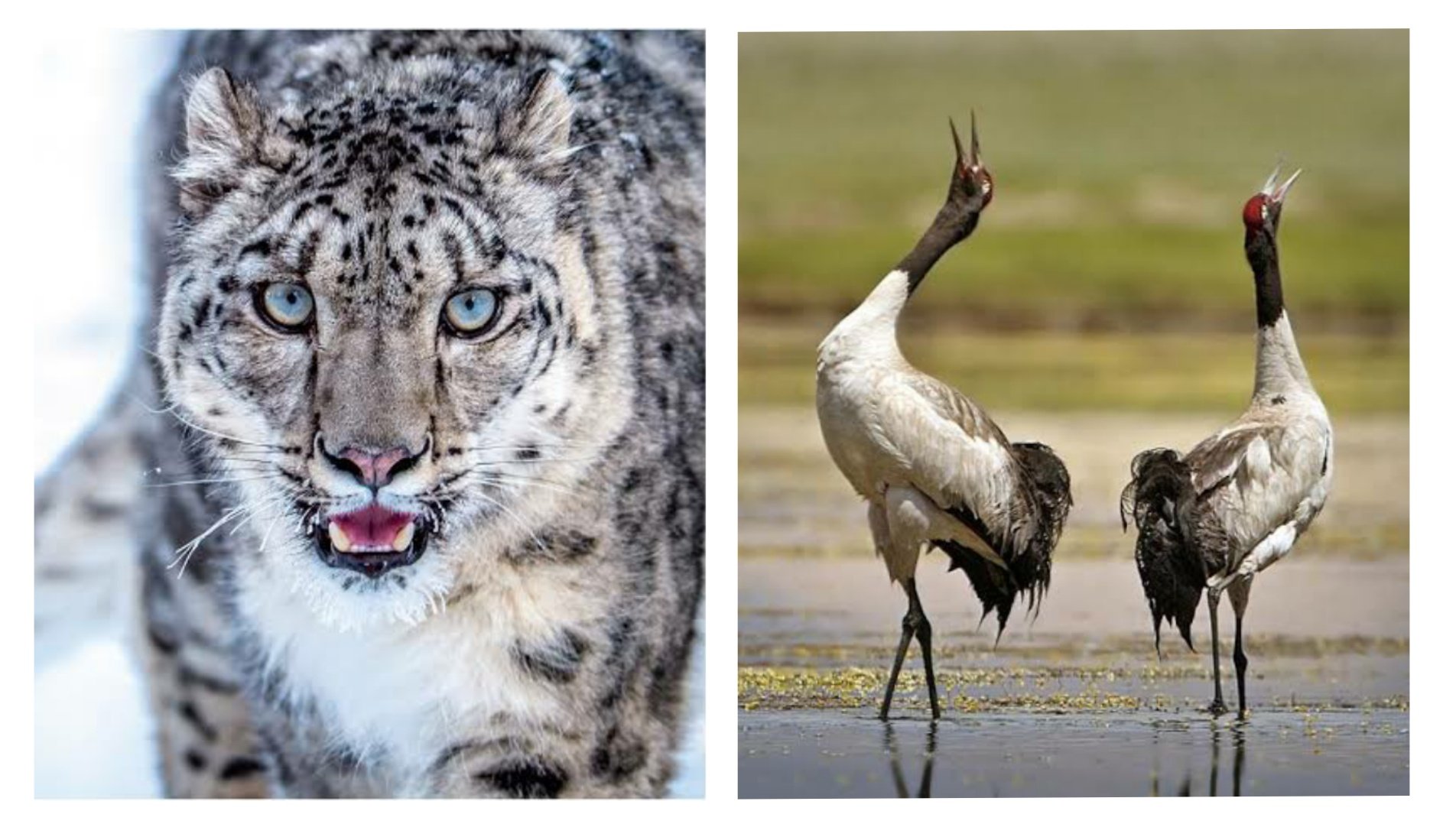 Srinagar, Sept 1: Nearly two years after reorganization of the erstwhile state of Jammu and Kashmir, the administration of Ladakh has declared snow leopard as state animal and black-necked crane as state bird for the Union Territory.
A notification in this regard was issued by the UT’s Forest, Ecology and Environment.
“The Hon’ble Lieutenant Governor of Union Territory of Ladakh is pleased to declare” snow leopard” (Panther unica) and “black –necked crane”( Grus nicricollis) as state animal and state bird, respectively, of the Union Territory of Ladakh from the date of issue of this notification.”
The black-necked crane, which was also the state bird of erstwhile state of J&K, is found only in Ladakh in India.
Classified as vulnerable, black -necked crane is a tall bird with a height of about 1.35 m, a wingspan of about 2-2.5m and weighs about 6-8 kg with a bright red crown on the head. Usually seen in pairs, their courtship dance has inspired one of Ladakh’s famous folk dances – Chartses.
The mountainous region of the western and eastern Himalayas is the habitat of snow leopards in India. They are primarily found in Ladakh, Jammu & Kashmir, Himachal Pradesh, Uttarakhand, Sikkim and Arunachal Pradesh.
It is pertinent to mention that Hangul was state animal of the erstwhile state of Jammu and Kashmir which also comprised Ladakh. (KNO)