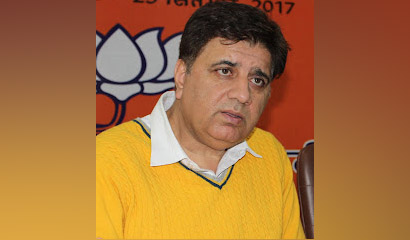 JAMMU, Sept 2: Jammu and Kashmir unit of BJP on Thursday said that passing away of Syed Geelani, who was a symbol of separatism and pro-Pak rhetoric in Kashmir for several decades, is likely to bring lasting peace as now people can openly express their concerns over destruction and miseries brought by terrorism in the Valley.
Separatist leader Syed Ali Shah Geelani, 92, passed away at his Hyderpora residence in Srinagar on Wednesday.
“These saner voices which represents overwhelming majority in Jammu Kashmir had been silenced or sidelined by fear of gun advocated and supported by Syed Geelnai,” said BJP Chief Spokesperson Sunil Sethi in a statement issued here.
He said that Geelani was at the centre stage of terrorism and anti-national activities of Jammu Kashmir and had been instrumental in keeping terrorism alive.
His role in organizing anti-India rallies and recruitment of stone pelters is well known. “People who are committed to peace and nationalism were being selectively targeted, in which role of Geelani was all pervasive,” said Mr Sethi.
He said that Syed Geelani will always be infamously known for engineering migration of Kashmiri Pundit community from their motherland, in association with his masters sitting across border. “Love of Geelani for radicalism and Pakistan has led to death of thousands and caused irreparable loss to Jammu and Kashmir in trying to divide its people on religious and regional lines,” he said.
The spokesman reiterated that with exit of Geelani, the voices committed to peace and development in Kashmir will be at the fore front and that Pakistan has lost its biggest supporter in creating terror network in the Union Territory.
He said that dark chapter in political history of Kashmir-I part is now over and a new age will come with new hopes of lasting peace and peaceful coexistence.
He went on to say that Syed Geelani ended as a loser as he saw abrogation of Article 370 and Art 35 A which were symbols of Separatism and Separatist identity. (Agencies)