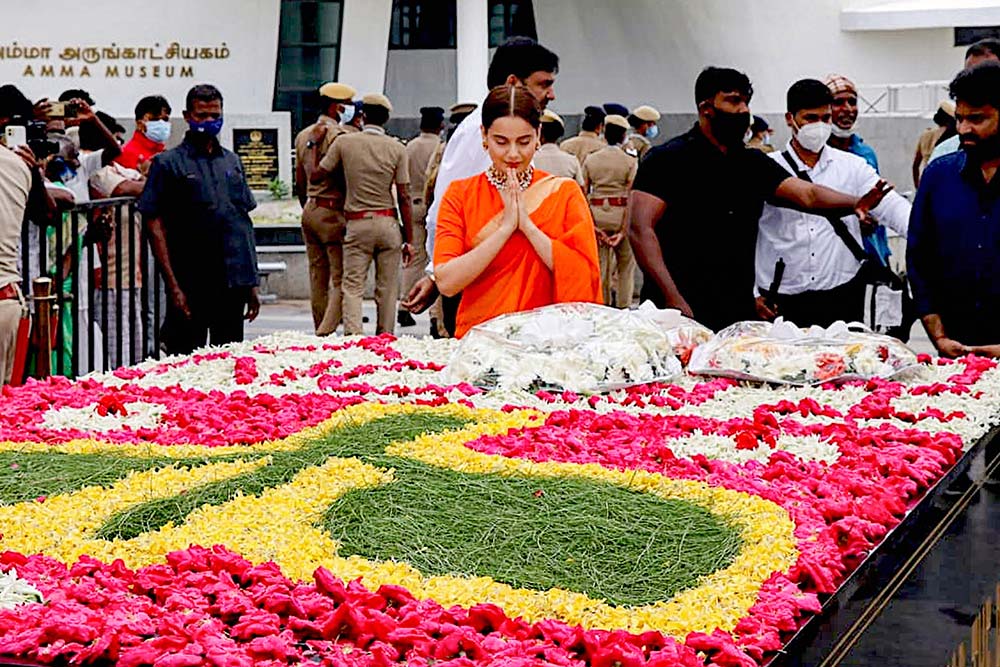 Chennai (Tamil Nadu), Sept 4: Bollywood actress Kangana Ranaut, who is gearing up for her big release ‘Thalaivii’, paid homage at the J Jayalalithaa memorial in the iconic Marina beach in Chennai.
Kangana Ranaut donned a traditional orange saree to sought blessings from the late Jayalalithaa at her memorial in Chennai, ahead of Kangana’s film release–the biopic where she plays the former Tamil Nadu Chief Minister Jayalalithaa.
As per reports, the film revolves around the life of a late politician Jayalalithaa. Directed by A.L Vijay, Kangana will be seen playing the titular role of Jayalalithaa.
According to the film producer Vishnu Vardhan Induri, Jayalalithaa has always belonged to the Indian cinema, and bringing her story alive on the big screen was the only way to pay homage to this great legend and revolutionary leader. (Agencies)