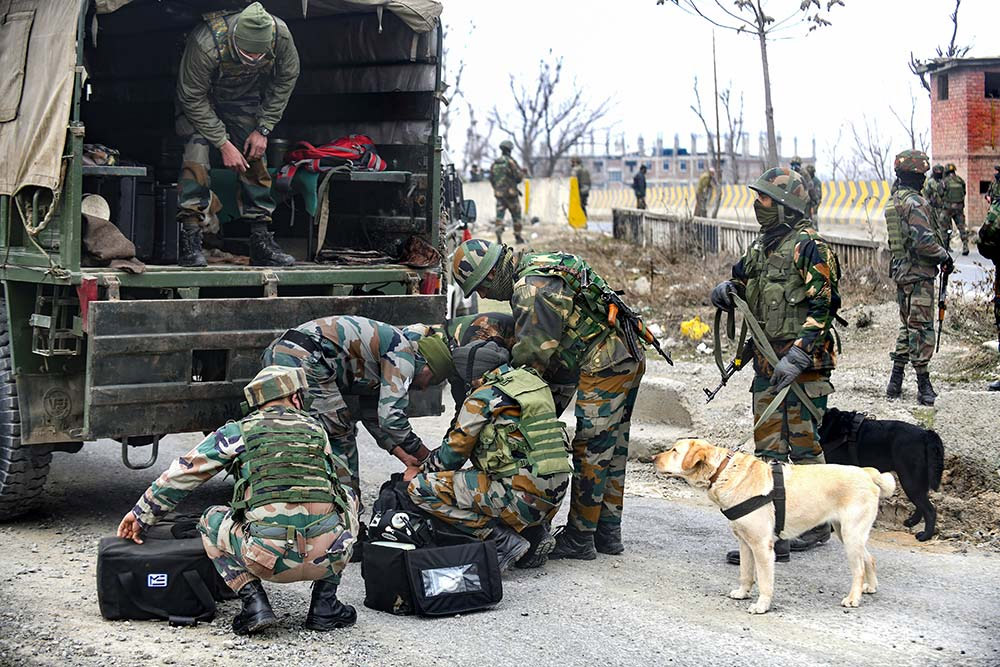 Srinagar, Sep 5: An improvised explosive device (IED) was detected and defused on Sunday by the security forces in Jammu and Kashmir’s Srinagar district.
Police said an IED was detected by the security forces on Sunday morning by the roadside in Hamdania colony in Bemina outskirts area of Srinagar city.
“The area was surrounded and the IED was successfully defused by the bomb disposal squad without causing any damage”, police said.
IEDs are planted by the militants near highways and on other surface links to target vehicles of the security forces and the VIPs.
To clear roads and highways, squads of security forces called the road opening parties (ROPs) move out in the morning before allowing vehicular movement on the roads. (Agencies)