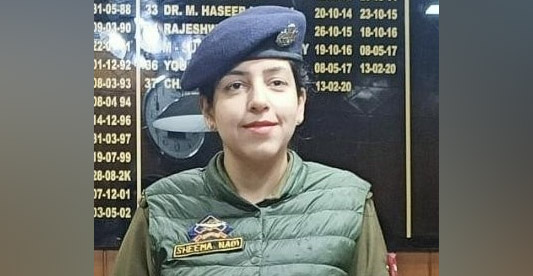 Jammu, Sep 7: Over Rs 1.64 crore was recovered during a joint search operation by the police and the Army in Rajouri district of Jammu and Kashmir on Tuesday, a senior police officer said.
Senior Superintendent of Police, Rajouri, Sheema Nabi Qasba said the recovery was made from two bags belonging to local resident Manzoor Ahmad in Saryah village.
“A case under various sections of Unlawful Activities (Prevention) Act has been lodged in police station Nowshera in connection with the recovery and efforts are on to arrest Ahmad for further investigation,” Qasba told reporters.
She said the joint operation was carried out on credible inputs and the money kept in the two bags amounting to Rs 1,64,70,600 was seized in the presence of a magistrate.
Ahmad is a relative of drug peddler Sikandar who was recently arrested under the Narcotic Drugs and Psychotropic Substances Act by a joint team of Punjab and Jammu and Kashmir Police from Nangal in Punjab.
On September 4, Rs 29.5 lakh was recovered from the house of Sikandar by a joint team of Punjab and Jammu and Kashmir police from his village Saryah in Nowshera sector.
Qasba said more arrests and recoveries are expected during investigation of the case. (Agencies)