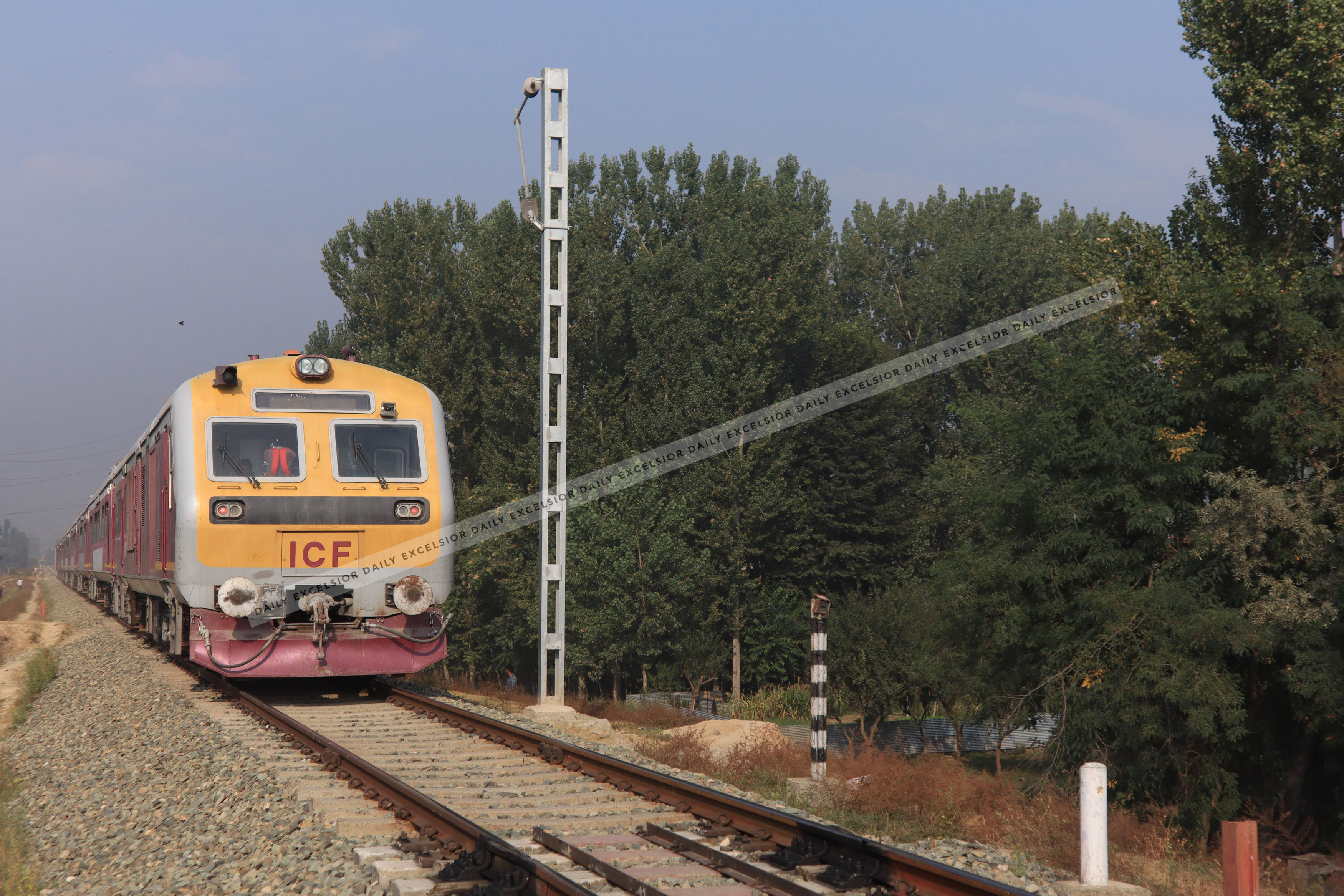 Srinagar, Sep 7: Train service resumed on Tuesday on Baramulla-Banihal track after remaining suspended for five days in the Kashmir valley as a precautionary measure.
Official sources said that train will chug on Srinagar-Badgam and Baramulla in north Kashmir track today. Similarly train runs also resumed on Badgam-Srinagar-Anantnag-Qazigund in south Kashmir to Banihal in Jammu region, they said.
They said train service was resumed only after getting clearance from divisional administration and police.
Train service was suspended on Thursday following direction from the administration and police as a precautionary measure after the death of separatist leader Syed Ali Shah Geelani who breathed his last at his Hyderpora residence on Wednesday night. They said in the past railway property worth crores of rupees was damaged in violence in the valley.
Train service has become very popular as it is cheap, fast, comfortable and safe against other mode of transport available in the valley. Majority people are preferring to travel by train from Srinagar to Banihal and later to Jammu by road. (Agencies)