Police Nabs Another Ex-Terrorist Absconding For 20 Years In Kishtwar 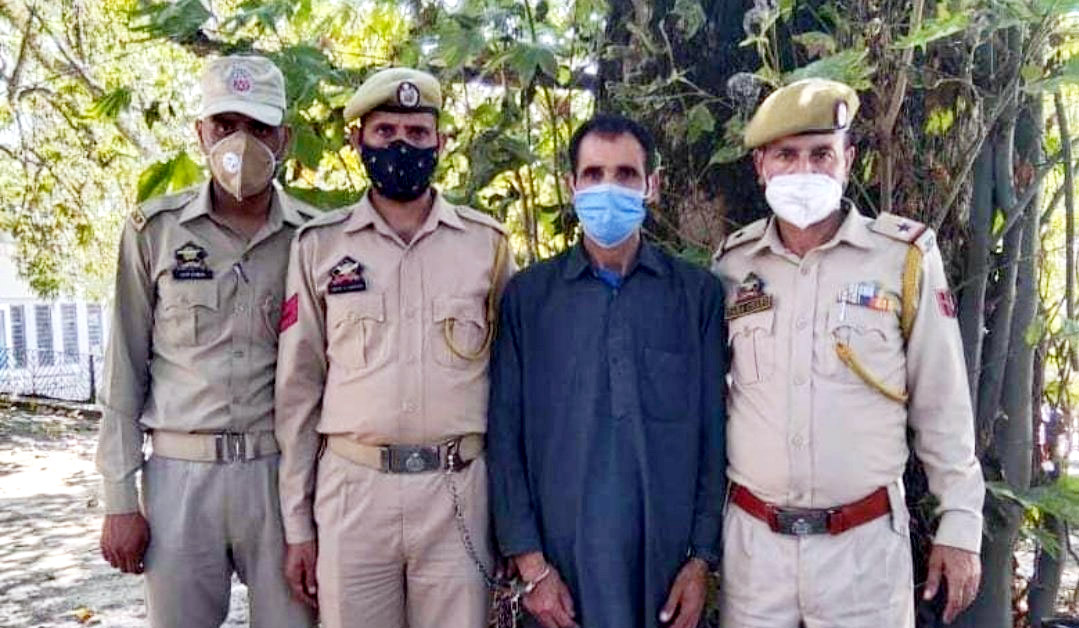 JAMMU, Sept 17: A former terrorist who had been absconding for the past 20 years was arrested in the Kishtwar district of the Jammu region in Jammu and Kashmir, police said on Wednesday.
P0lice spokesperson said that Kishtwar police of Police Station Marwah apprehended an absconder (ex terrorist) who had been evading arrest from the last 20 years.
“On a specific information received through reliable sources a special police team of PS Mawah was constituted.”
The team led by SHO Marwah Inspector Parvaiz Ahmed along with his team under the supervision of SDPO Marwah Nisar Ahmed Khoja raided the suspected locations and arrested the absconding es terrorist.
“The arrested absconder (ex-terrorist ), identified namely Abdul Gani @ Mavia son of Abdul Aziz Sheikh a resident of Rar Marwah Kishtwar was wanted in a case registered at Police Station Marwah.”
Police added that after his arrest the absconder was produced before the Court in Kishtwar and accordingly on the orders of the Hon’ble Court the accused has been lodged in judicial custody.
On September 15, a special team of Police Post Jawalapur of Kishtwar district also arrested a former terrorist who had been absconding for the past 12 years.