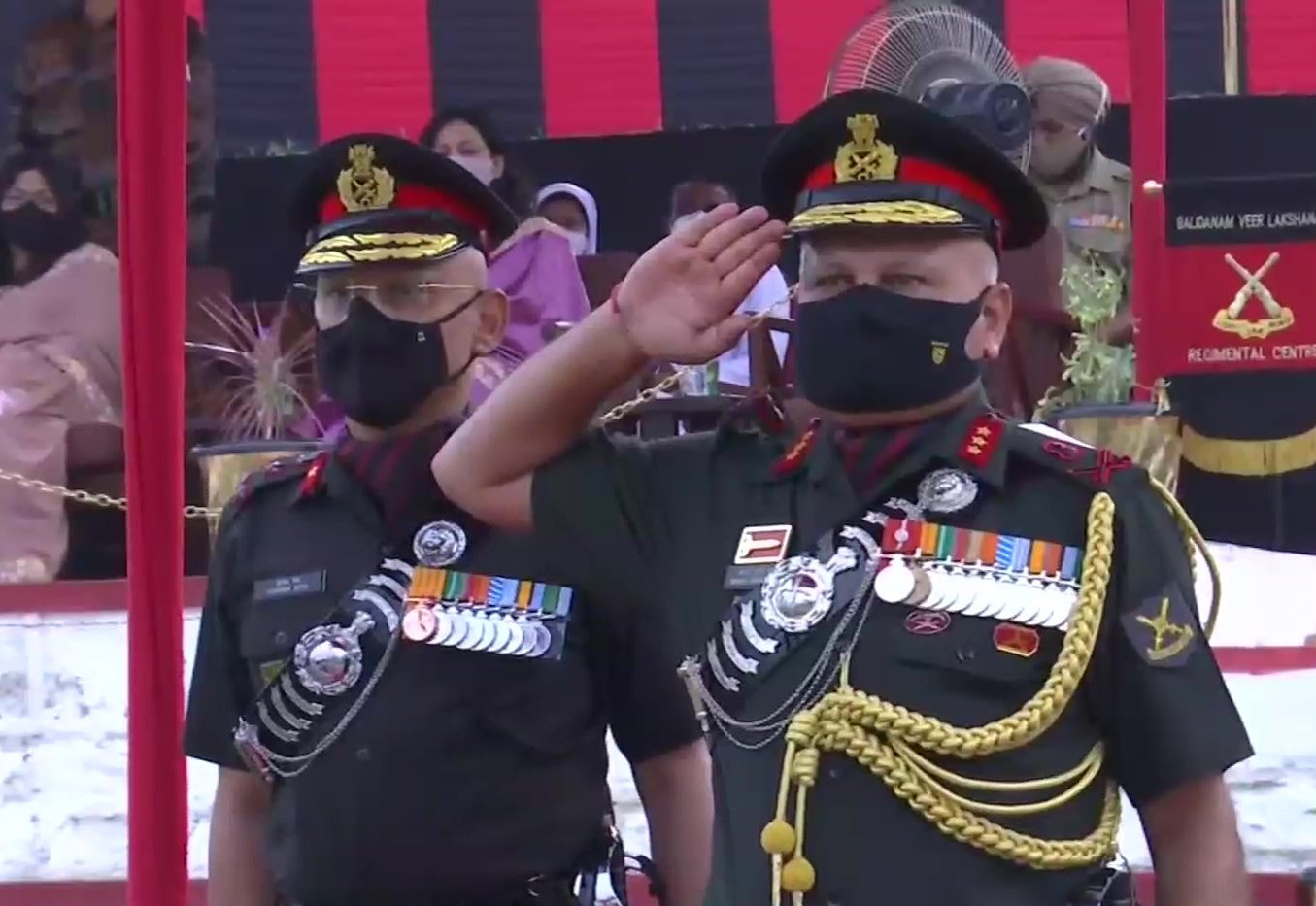 Jammu, Sept 18: After reviewing the attestation parade of 460 new recruits of Jammu and Kashmir Light Infantry (JAK LI) held at Dansal village in Jammu today, Commandant of Officers Training Academy in Chennai and colonel of JAK LI regiment Lt Gen MK Das said that the Indian army is completely prepared to counter the drone challenge.
Addressing the media, Das said that the newly attested recruits of the JAK LI regiment were given contemporary training and are ready to face all kinds of contingencies and unforeseen situations.
“The unique thing about our regiment is that our troops hail from Jammu and Kashmir and Ladakh. So they have this ingrained quality to be much more security-conscious than others,” he stated.
Speaking on the drone challenge and social media warfare, Das informed that the training of the recruits includes subjects like science and technology and cyber security and they are made familiar with all kinds of threats that can be posed by the adversaries.
“I would like to tell you that our army chief is taking the drone challenge very seriously. The Indian army and JAK LI regiment are completely prepared to face any kind of situation,” he stated.
He further said that the newly attested recruits will be an inspiration for all the youths of Jammu and Kashmir and a befitting reply for those who want to mislead them. (Agencies)