Home Kashmir J&K got due share under Modi: Sat
Kashmir 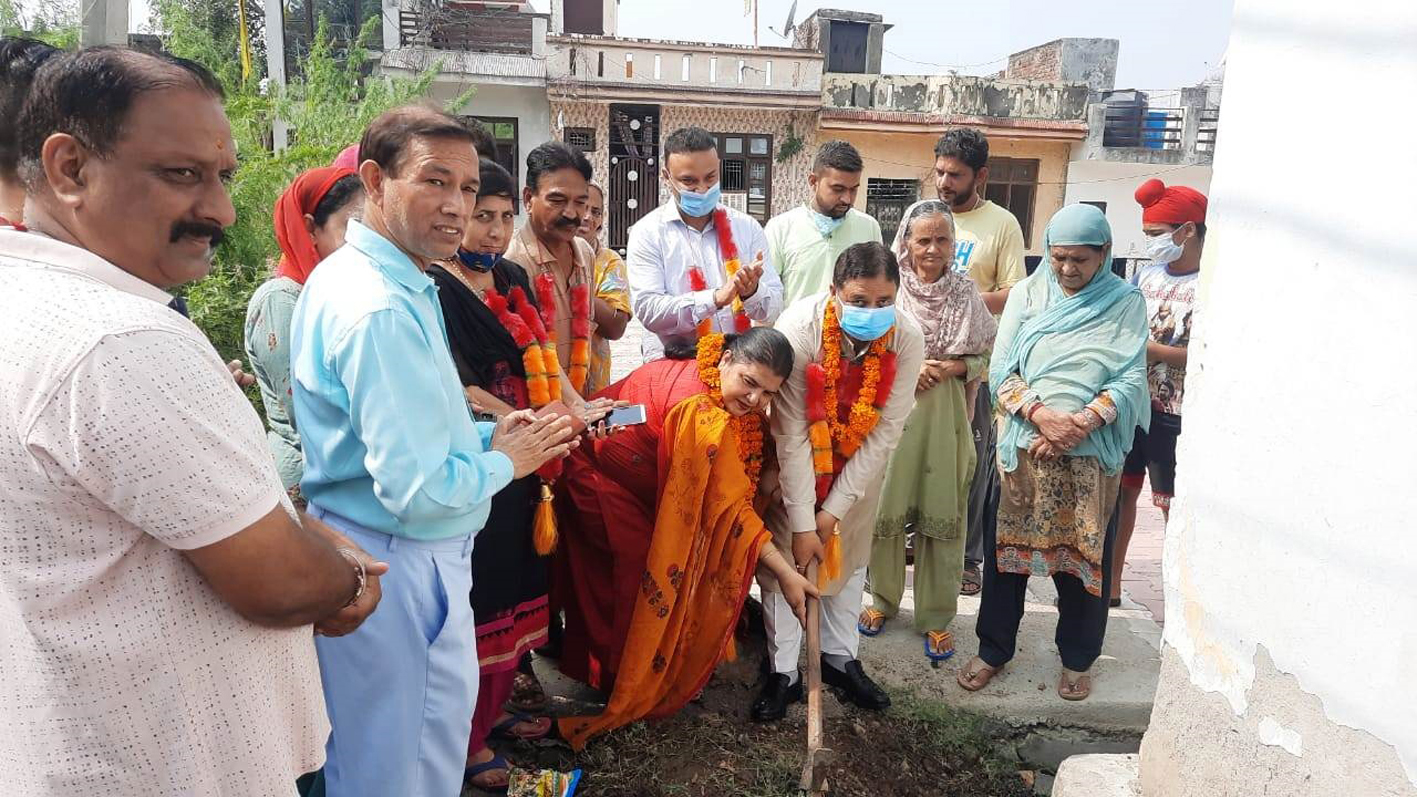 Excelsior Correspondent
JAMMU, Sept 18: Former Minister and Ex-MLA Jammu West, Sat Sharma (CA) along with corporator, Ward 37, Sunita Gupta started various developmental works at Janipur Colony of the Assembly segment. Mandal president, Raveesh Mengi, local residents and political activists of the area accompanied the BJP leader during his visit in the Ward.
The works include remodelling of drains at Janipur Colony and installation of new pipes from Jal Shakti Department at Arjun Nagar area of the colony. The funds for the same were allotted to the local Corporator for the purpose of the works.
Speaking on the occasion, Sat Sharma said that there was no proper drainage system in the area which created chaos type situation for locals during rains and decades old water pipes are now being changed in the area which will provide fresh drinking water to the public. He said BJP under the leadership of PM Narendra Modi is committed to improve the lifestyle of masses of J&K.
Taking a dig at the opposition, Sharma said that prior to 2014, all Governments were taken to ransom by the separatists and some leaders which deteriorated the developmental structure of J&K but after the election of a strong leadership in 2014, J&K got its due share and we can see that equitable development is now being done in both the regions of the UT.
Sunita Gupta said that both works taken up will solve many basic problems of inhabitants of the area and he thanked former MLA for providing basic infrastructure to the residents of the ward. She also said that many Central Government schemes were implemented in the ward with the efforts of former MLA which has changed the lifestyle of the common masses. She also talked about the works to be taken up in the Ward in coming days.
Raveesh Mengi said that ward wise teams have been constituted to look into the grievance of the masses and he stated that former MLA has worked a lot to improve the infra in Jammu West and particularly in all wards of Janipur Mandal.
Sahil Gupta, Rakesh Gupta, Kulbir Singh, Avinash Anand, Swarn Singh, Meena Jamwal, Vipan Gupta, Bittu Sharma and others were present on the occasion.