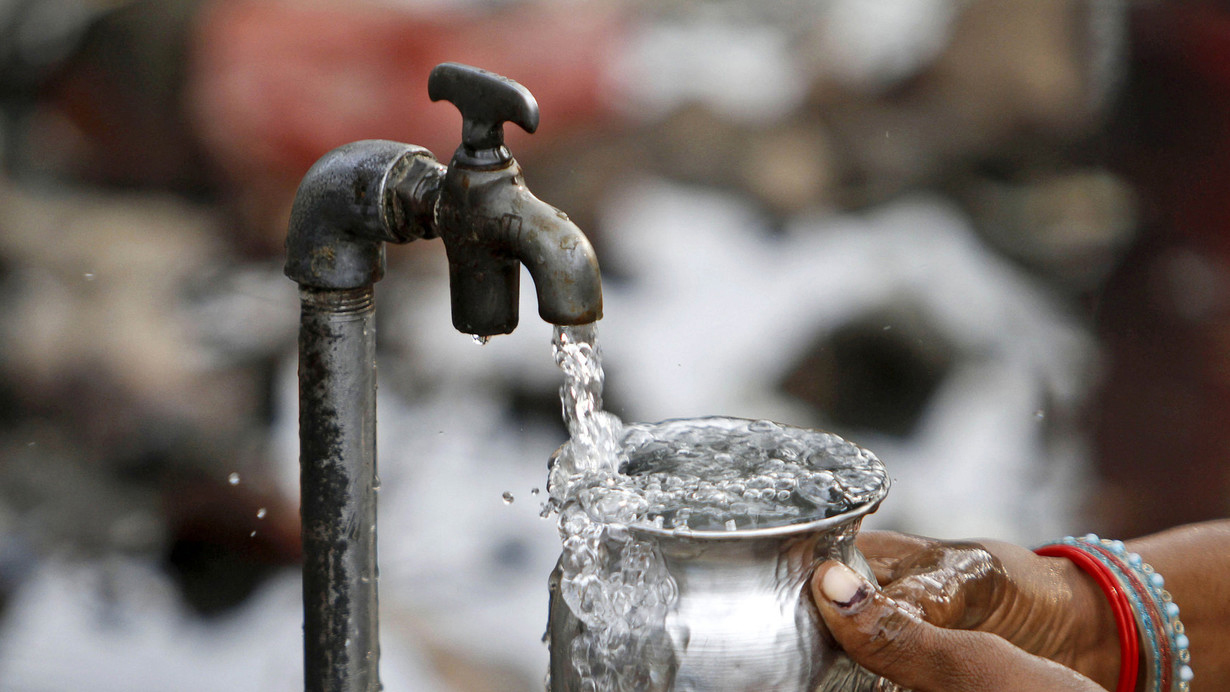 Rajouri, Sept 20: Clean water facility has been provided in a water tank installed in Kalakote block, Kashmir under “Jal Jeevan Mission” on September 20.
Assistant Executive Engineer of Public Health Engineering Sadiq Bhatti said, “The Jal Jeevan scheme was launched in 2012 and after nine years we are on the verge of the completion.”
“We have provided clean water facilities to almost all the towns of the state and the project cost was around Rs 125 crores,” he added.
Bhatti also said that the mission of their department is to fulfil Prime Minister Narendra Modi’s vision of “Har Ghar Nal Se Jal”.
Locals of the Kalakote were really glad after the installation of the water tank facility in their block.
“I am really happy with this work. It has solved many problems. Earlier, everyone was one of us struggling to get water,” said Parveen Akhter, a resident of Badok village, Kalakote block.
“We have requested and even fought with many officials but none of them listened to us. Finally, under this scheme we will be getting clean water to drink,” she added.
A wave of happiness was also visible among the children of the block who were earlier had to stand in long queues to get water.
“Now I can peacefully go to school, instead of standing in lines to fill water. I used to get late to school and would get punished but now I am happy that such a big issue has been resolved,” said Mohd Irfan, another resident of Badok village, Kalakote block.
People of Kalakote block are happy but they are also concerned about the future.
“We are satisfied that at least someone listened to our appeals but it should be a permanent solution. We don’t want to go back to long queues again,” said Lal Hussain, a senior citizen of Badok village, Kalakote block. (Agencies)