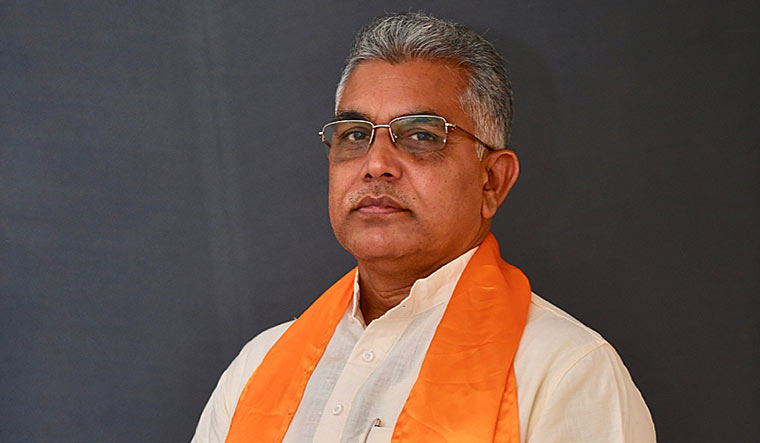 NEW DELHI, Sept 20: Bengal BJP chief Dilip Ghosh has been replaced as the party’s state unit boss amid a string of switchovers to the ruling Trinamool Congress in recent days.
The 57-year-old has been made a national Vice President of the party in a wider reorganisation of its leadership. Party MP Sukanta Majumdar has been asked to take over as the Bengal unit chief.
No less than three MLAs and an MP have left the party for the Trinamool since the May election results that were a major upset for the BJP.
After claims of being on the way to win over 200 of the states 294 seats and pulling out all stops for campaigning, the BJP was limited to just 77 by Mamata Banerjee’s party which managed to improve its previous tally by two to 211.
The most recent high-profile defection was of MP Babul Supriyo, a Union Minister till recently who contested the state polls unsuccessfully and then was benched from Prime Minister Narendra Modi’s cabinet.
Before him, MLAs Biswajit Das, Tanmoy Ghosh and more prominently long-time Trinamool strategist Mukul Roy had switched sides to the ruling party.
The reverse defections have fanned murmurs within the BJP about the induction of a number of turncoats from the Trinamool ahead of the polls. (Agencies)