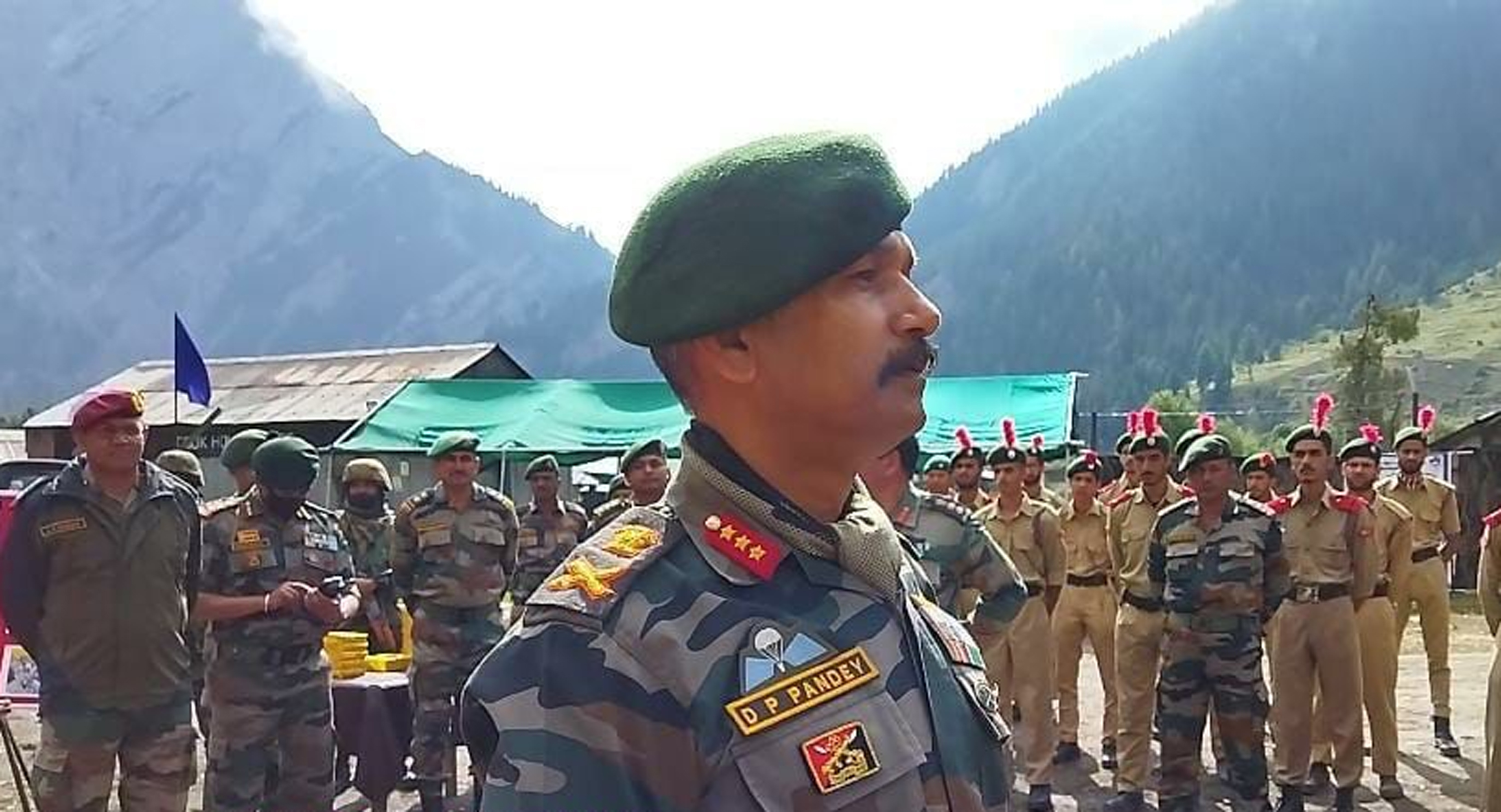 Gurez, Sep 22: General officer Commanding (GoC) of Srinagar based army’s 15 Corps Lieutenant General D P Pandey Wednesday said that post new ceasefire pact between Indian and Pakistani army in February this year, Gurez Valley in northern district of Bandipora is peaceful and people are living without any fear.
On the side-lines of a function titled combine annual training camp of 3rd JK bn Baramulla at Gurez here, the GoC said since the new ceasefire agreement in February this year, people of Gurez are living in a peaceful atmosphere. “People of Gurez today, both men and women, are living without fear,” the army officer said.
The GoC Pandey said he was glad to see a large number of people from Kashmir and outside enjoying camping in Gurez. “I was posted here in 1998 and Gurez is one of the most beautiful places on the earth. There are humble and hospitable people in Gurez who take care of their guests,” the GoC said and urged people of Kashmir and rest of the country and world to come and explore the beauty of Gurez Valley and its virgin spots.
About the tourism promotion activities in Gurez, the GoC said that local administration has played its role in promoting tourism in the area. “We will ensure a good amount of peace remains intact and a secure atmosphere prevails so that more and more people come and enjoy the beauty of this place,” he said.
Talking about the event, he said that National Cadet Corps (NCC) is a platform to bring children from Machil, Tangdhar, Uri together where they learn discipline. “The larger goal is to give them a feel that they are part of a large society and they can play a role too. This is must rather than keeping them confined to their surroundings where they feel isolated,” he said. (KNO)