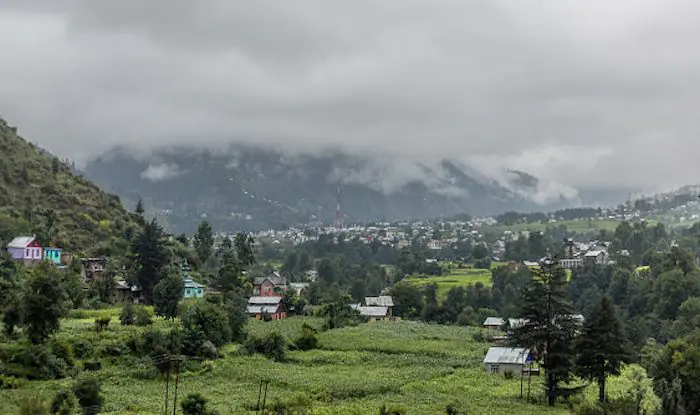 Jammu, Sept 22: While the last year witnessed a sharp decline in footfall of visitors, the number of tourists has swelled in the current year as around 61.33 lakhs including 30 foreigners visited to parts of Jammu region by mid of September.
In the year 2020, as many as 34,34,886 tourists visited across Jammu region and the footfall witnessed sharp decline due to Coronavirus pandemic.
An official of the Directorate of Tourism, Jammu said that by September 11 this year, 61,33,317 (lakhs) tourists have visited to different tourist destinations across Jammu region out of which 31,18,254 paid obeisance at the world famous Shri Mata Vaishno Devi Cave Shrine situated in Trikuta Hills of Reasi district.
In the year 2019, 1.56 crore tourists visited Jammu region with most of them visiting Shri Mata Vaishno Devi shrine (17 lakhs) proving once again that tourism in the region revolves around pilgrimage besides leisure, adventure, health, and meditation.
However, in the year 2018, a record number of 1.60 crore tourists had visited the Jammu region.
The number of tourists visited to different destinations in 2021 included Shri Mata Vaishno Devi 31.18 lakh (one foreigner), Shiv Khori Cave Shrine in Reasi district 887529, Patnitop in Ramban district 239156, Mansar in Samba district 198617, Sanasar 62534, Suchetgarh in RS Pura Sector of Jammu district 70643, Chichi Mata Temple in Samba district 86268, Sukrala Mata in Billawar tehsil of Kathua district 194124, Mata Bala Sundari in Kathua district 1934, Ziarat Shahdara Sharief 905749, Ziarat Sain, Miran Sahib 181059, Nangali Sahib in Poonch 21913, Bhaderwah in Doda district 10299, Jammu Airport 72958 (29 foreigners), and Jammu Railway Station 82280.
Moreover, this year the number of domestic tourists was 61,33,287 and the number of foreigners were 30.
An official added that in 2008, 83.31 (in lakh) tourists visited Jammu region but with each passing year, the inflow of tourists from different parts of the country and the world has increased manifold.
“After 2016 (Burhan Wani killing), the inflow of tourists to Jammu region has increased,” a tourism official said and added, “but in 2019, the tourist inflow slashed down in view of situation erupted after revocation of Article 370 on August 5 following which the state was bifurcated into two Union Territories.”
The Directorate of Tourism, Jammu had recently made vigorous efforts to promote tourism spots and invited tourists from across the globe to visit Jammu and Kashmir and explore the scenic beauty.
The Directorate of Jammu Tourism has also appealed to tourists to visit Jammu and Kashmir Union Territory and explore it asserting that the safety of the tourists is an utmost priority.
“The safety of tourists is our foremost priority and Jammu and Kashmir is indeed a blessed region with a peaceful, secure and serene environment,” said an official.
In 2009, 103.47 lakh; in 2010, 116.34 lakh; in 2011, 134.85 lakh; in 2012, 142.63 lakh; in 2013, 124.333 lakh; in 2014, 101.962 lakh; in 2015, 123.853 lakh; in 2016, 122.835 lakh; in 2017, 133.181 lakh; in 2018, 1.6 cr tourists visited prominent parts of Jammu region.
Jammu and Kashmir Government has also identified as many 75 locations to be promoted as tourism hubs across the Union Territory.
Moreover, the Jammu and Kashmir Administration is also organising a three-month long festival from the month of October to showcase tourist destinations and rich culture of the Union Territory to attract tourists from across the country and worldwide.
“As many as 75 new tourist destinations are identified which are to be promoted as tourism hubs,” said an official.