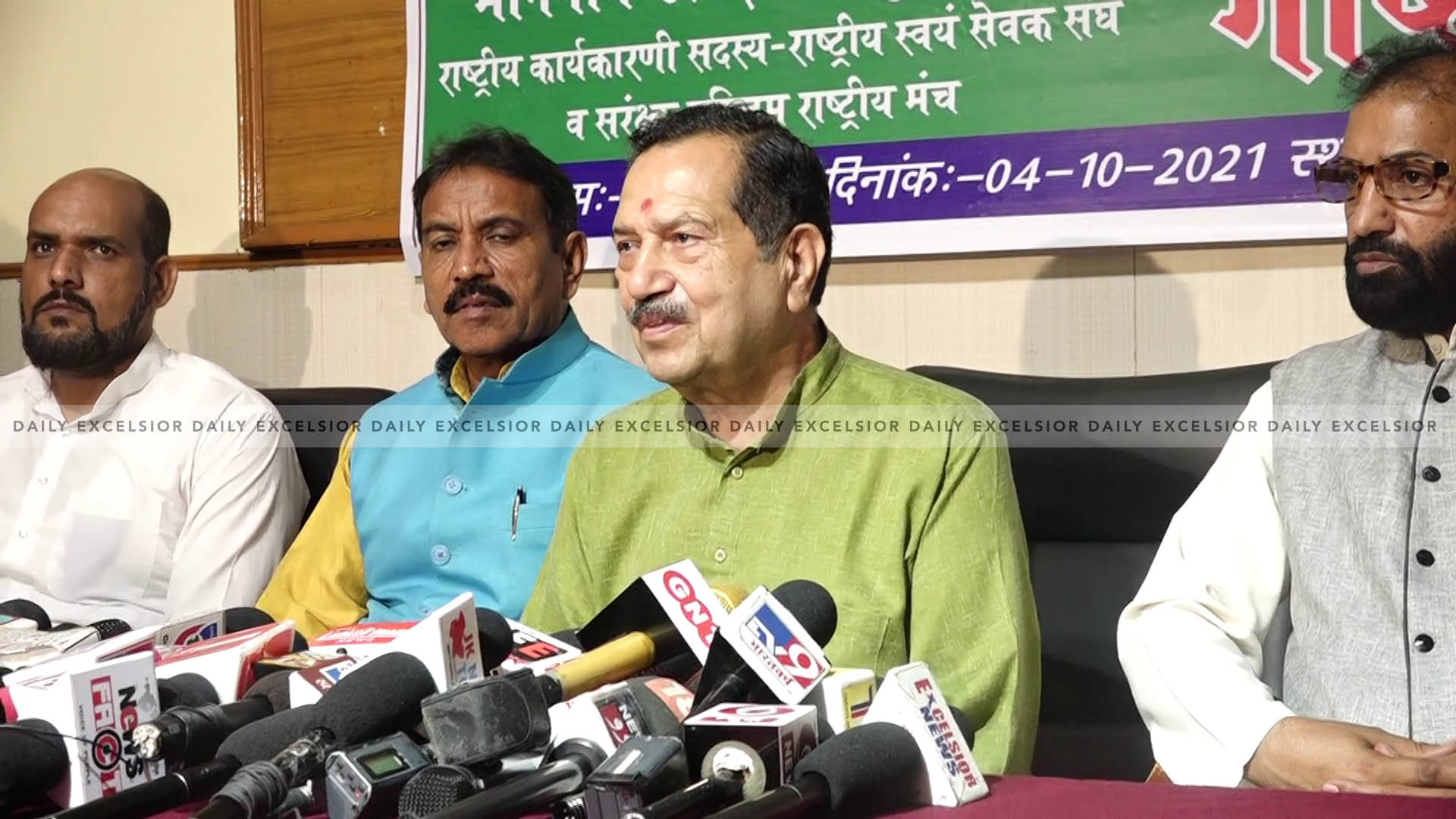 Jammu, Oct 4: Member of Rashtriya Swayamsevak Sangh’s All India Executive and chief patron of Muslim Rashtriya Manch, Indesh Kumar on Monday said abrogation of Article 370 and 35A from Jammu and Kashmir will see a wave of development in the region and end of terrorism, separatism, discrimination, stone pelting, illiteracy, unrest and unemployment.
Addressing a seminar of intellectuals organised by Muslim National Forum here in the Press Club of Jammu, Mr Kumar said Article 370 became synonymous with terrorism, separatism, discrimination, stone pelting, illiteracy, unrest, unemployment for years. And 35A is over and now everyone has to make a new Jammu and Kashmir together.
“If Article 370 and 35A were so beneficial or necessary, then why the previous governments not made it permanent,” said Mr Kumar.
He said that through this, you used to get an opportunity to deprive people of all rights and do all kinds of exploitation, which has ended now.
“If Article 370 and 35A were so important, then why did people in Kashmir have to resort to stone pelting and firing, why thousands lost their lives and unemployment was encouraged,” he said and added, “only few leaders took advantage of this and misled all of you while they did nothing in the name of development by taking thousands of crores of rupees from the central governments.”
He said thousands of soldiers gave their lives fighting Pakistanis and terrorists for the safety of people, if there was no terrorism, all of you would have progressed in every way.
Now if people coming from outside bring big institutions of education, industrial institutions here, then employment will automatically increase.
He advocated that having good health institutions in Jammu and Kashmir will also bring health benefits and you will not have to go anywhere for it. The cost of land will increase and you will get more profit.
Mr Kumar said, If Pakistan was so sane and good, why would it persecute Muslims? He cannot tolerate you. Those who have taken advantage of this, their own children have been studying in India and other countries and doing so, they have to serve their own interests by misleading you.
“Now you have got a chance to create a new Jammu and Kashmir. For our country including Jammu and Kashmir to become a country of peace, progress, prosperity and prosperity, we have to come forward and this message has to be taken from door to door. Our country is not a country of lady-gentleman but a country of brothers and sisters, a land of blood and digging and there is no place for the misguided,” he said. (Agencies)