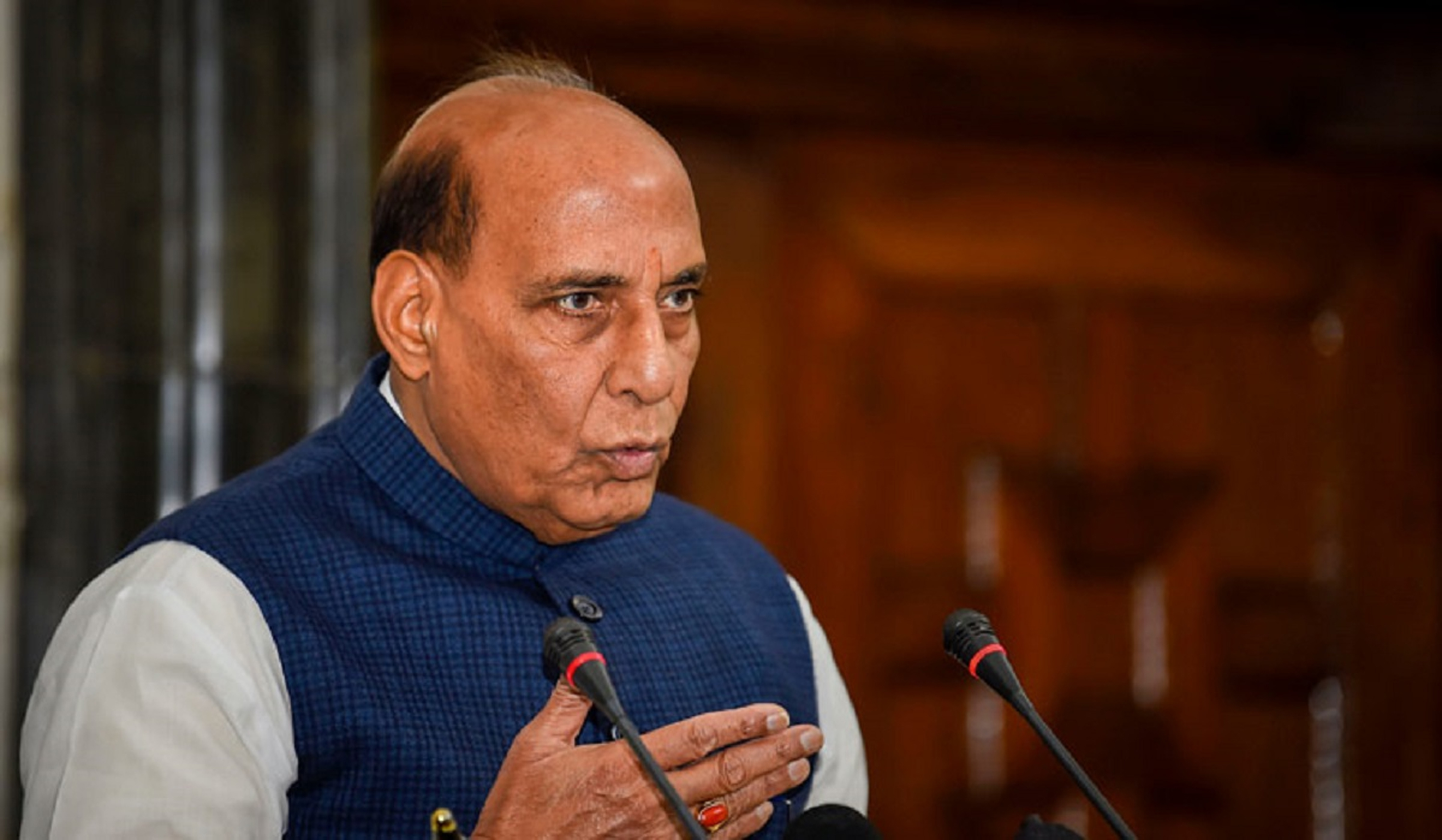 Lucknow (Uttar Pradesh), Oct 5: Defence Minister Rajnath Singh on Tuesday said that India is witnessing Prime Minister Narendra Modi’s dream of a ‘new India’ being fulfilled.
Addressing the gathering at ‘Azadi@75 – New Urban India: Transforming Urban Landscape’ Conference-cum-Expo, the minister said, “PM has seen a dream of new India. He has been working for it continuously. India is witnessing his dream being fulfilled.”
“Organising Urban Conclave in Lucknow will help in drawing a new picture of this city along with other rising and upcoming cities,” he added.
Speaking at the event, Union Minister Hardeep Singh Puri said that the Centre has sanctioned 17.3 lakh houses under the Pradhan Mantri Awas Yojana and over 8.8 lakh beneficiaries have been given houses so far.
“Pradhan Mantri Awas Yojana has sanctioned 17.3 lakh houses. 8.8 lakhs beneficiaries have been given houses so far. More will be given today by the Prime Minister,” Puri said.
Prime Minister Narendra Modi will be digitally handing over keys to beneficiaries of the central housing scheme to 75,000 beneficiaries in 75 districts of Uttar Pradesh on Tuesday after inaugurating ‘Azadi@75 – New Urban India: Transforming Urban Landscape’ Conference-cum-Expo at Indira Gandhi Pratishthan of Lucknow.
He will also flag off 75 buses under FAME-II for seven cities including Lucknow, Kanpur, Varanasi, Prayagraj, Gorakhpur, Jhansi, and Ghaziabad.
The Prime Minister will also release a Coffee Table Book encompassing 75 projects implemented under various flagship missions of the Ministry of Housing and Urban Affairs.
The Prime Minister will also walk through the three exhibitions being set up in the Expo and announce the setting up of Shri Atal Bihari Vajpayee Chair in Babasaheb Bhimrao Ambedkar University (BBAU), Lucknow.
The release said that the conference-cum-expo is being organised by the Ministry of Housing and Urban Affairs (MoHUA) from October 5 to 7 as part of ‘Azadi Ka Amrit Mahotsav’.
The exhibitions will showcase the achievements so far under various Flagship Urban Missions of MoHUA. The themes of the exhibits are Clean Urban India, Water Secure Cities, Housing for All, New Construction Technologies, Smart City Development, Sustainable Mobility, and Cities Promoting Livelihood Opportunities.
The Conference-cum-Expo will be open for the public for two days – on October 6 and 7. (Agencies)