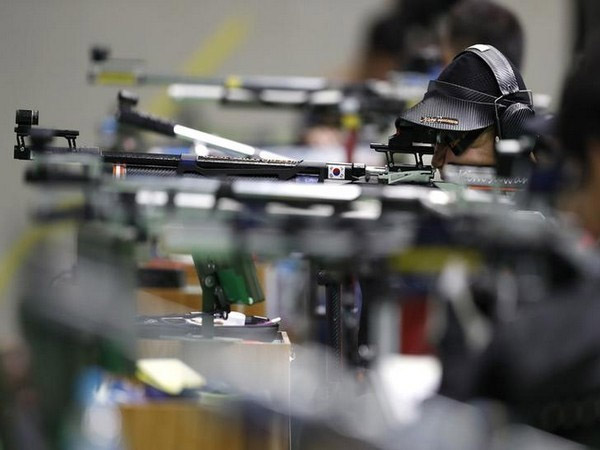 Lima [Peru], Oct 5: 14-year-old Namya Kapoor stunned the field including compatriot Manu Bhaker who won bronze, to be crowned the Junior Women’s 25M Pistol world champion at Lima’s Las Palmas Shooting range.
Making it a perfect day for India, Olympian Aishwary Pratap Singh Tomar then clinched the Junior Men’s 50M Rifle 3 Positions gold to make it a clean sweep for India in the two medal events listed on competition day six of the ongoing International Shooting Sport Federation (ISSF) Junior World Championship.
Namyaa got 36 hits out of 50 in the final to finish ahead of the silver winning Frenchwoman Camille Jedrzejewski and Manu, both of whom ended with 33. Camille and Manu had to be separated through a shoot-off, which lasted for four rounds before Camille piped Manu 4-3 in the decider. This was Manu’s first bronze after three golds in the Championship.
However, the day belonged to Namyaa who qualified for the finals in sixth place with a score of 580 after two rounds of qualification. While she was behind her “seniors” Manu and Rhythm Sangwan, who finished 1-2 with scores of 587 and 586 respectively, in qualifying, there was no stopping her in the final where she missed just three of the first 20-shots to win by quite a margin in the end.
Rhythm ended up fourth in the eight-woman final. In the day’s second medal event, the Junior Men’s 50M Rifle 3 Positions, only Aishwary made it to the finals among the five Indians in the fray. In fact, he even equalled the junior world record score of 1185 in qualification to top the field.
The talented youngster then went on to smash the Junior world record in the final with a score of 463.4, finishing almost a full seven points ahead of second-placed Frenchman Lucas Kryzs, who won silver with a score of 456.5. Gavin Barnick of the USA won bronze with 446.6.
Among the other Indians in the field, Sanskar Havelia was 11thwith 1160, Pankaj Mukheja 15thwith 1157, Sartaj Tiwana 16thwith 1157 and Gurman Singh finished 22ndwith a score of 1153.
With the addition of three medals including two gold, India has now further extended their lead on the top of the medals table with eight gold, six silver and three bronze medals. (Agencies)