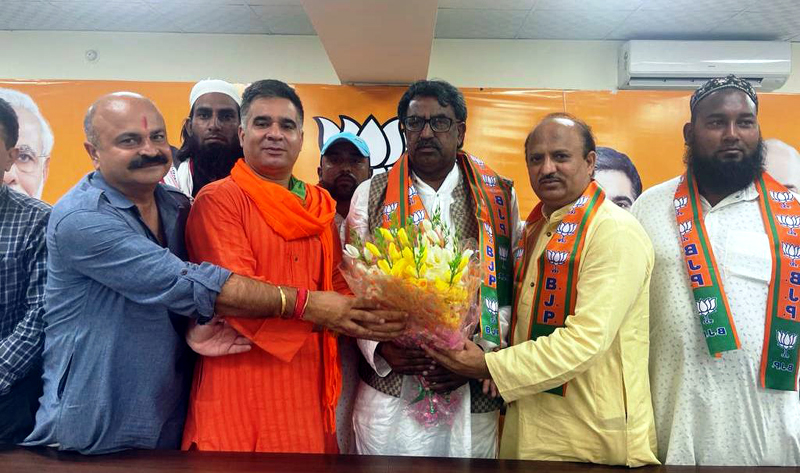 Excelsior Correspondent
JAMMU, Oct 4: Prominent Gujjar leaders from various political parties and social groups along with their supporters joined BJP at party Headquarter Trikuta Nagar here, today.
J&K BJP president Ravinder Raina accompanied by BJP vice-president, Yudhvir Sethi, party general secretary, Dr. Devinder Kumar Manyal and others took them into the party fold.
Yudhvir Sethi facilitated the joining and coordinated the whole programme.
Ch. Mohamad Sultan Khan from Congress, Ch. Mohammad Yaseen from Gujjar Mahasabha, Ch. Zulfikar Ali from NC, Ch. Barkat Ali from Dogra Swabhimaan Sangathan along with their supporters joined the party in presence of BJP ST Morcha district president, Haji Salmuddin.
“The parties like National Conference, Congress and PDP took full liberty to enjoy the privileges of the power corridors, but did nothing to empower this most important pillar of democracy,” Raina said and added that it was only the Modi-led Government that took “substantial steps” to make sure that the democracy is strengthened at the basic level in the State. He added that the policies of the BJP leadership were being appreciated by one and all and that is the reason that almost daily, active social and the political personalities were coming forward to embrace the party to serve the masses.