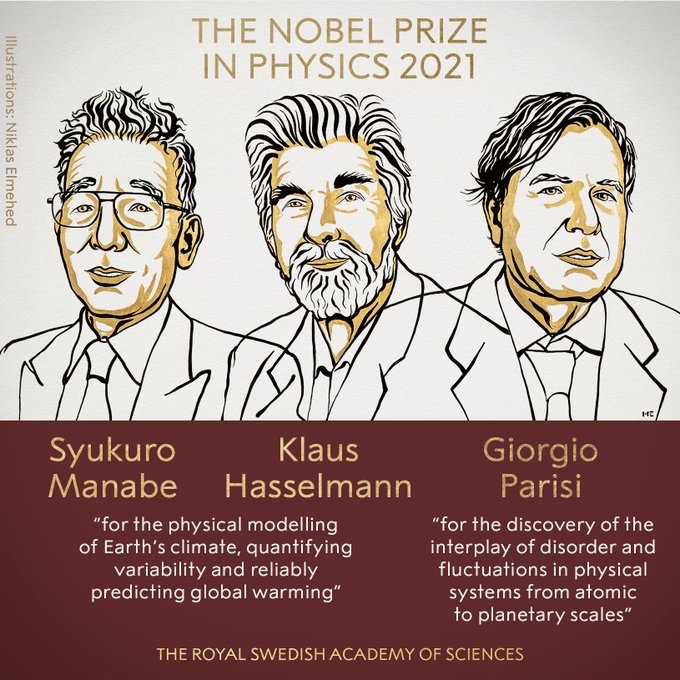 Stockholm [Sweden], Oct 5: Syukuro Manabe, Klaus Hasselmann and Giorgio Parisi won the 2021 Nobel Prize for Physics, “for groundbreaking contributions to our understanding of complex physical systems,” announced the award-giving organisation on Tuesday.
Syukuro Manabe and Klaus Hasselmann won it “for the physical modelling of Earth’s climate, quantifying variability and reliably predicting global warming”.
Giorgio Parisi was awarded Nobel “for the discovery of the interplay of disorder and fluctuations in physical systems from atomic to planetary scales,” said The Nobel Prize release.
Earlier, in 2020, Roger Penrose won the Nobel for Physics, “for the discovery that black hole formation is a robust prediction of the general theory of relativity”. While Reinhard Genzel and Andrea Ghez won it “for the discovery of a supermassive compact object at the centre of our galaxy”. (Agencies)