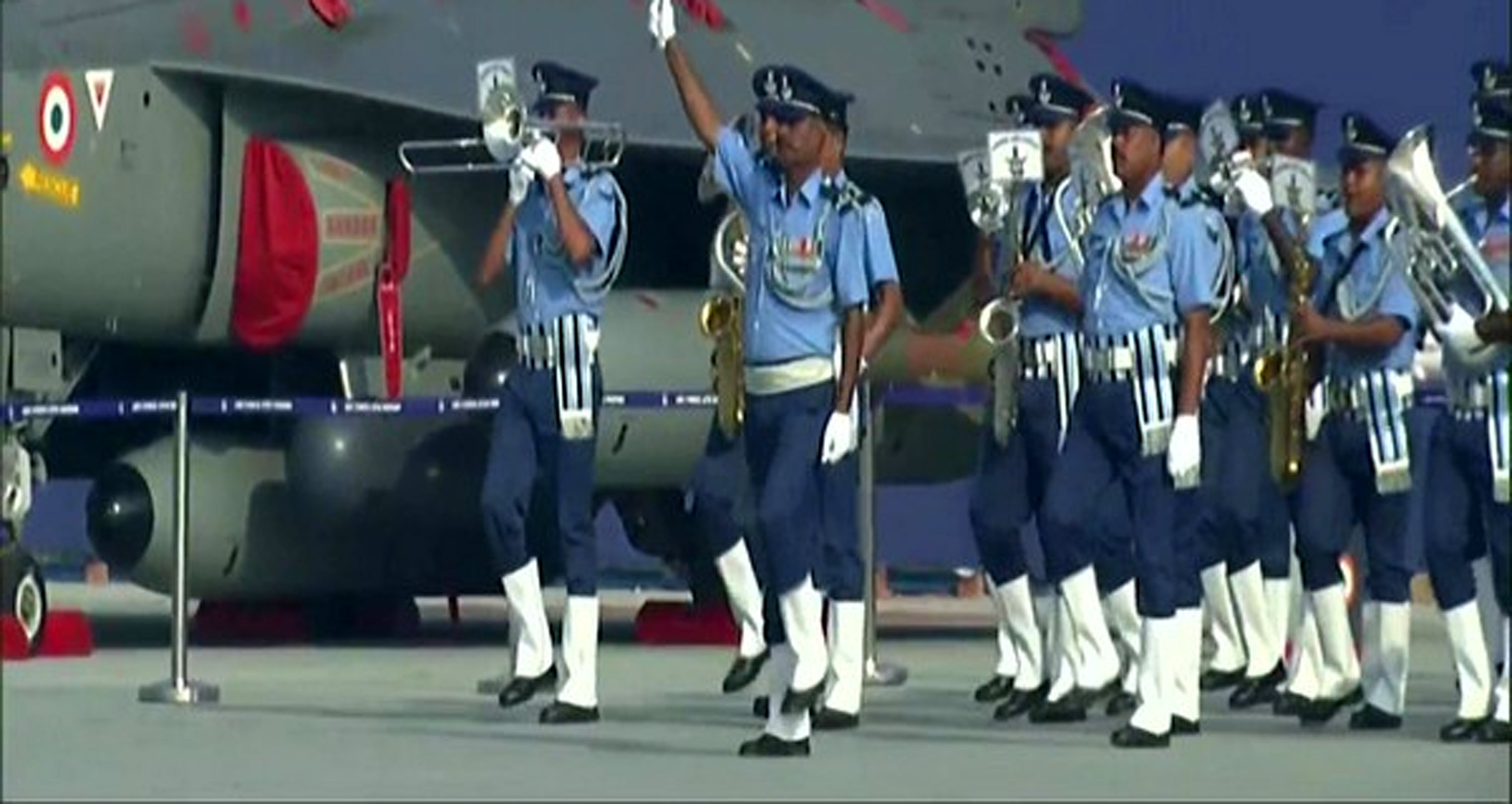 Ghaziabad (Uttar Pradesh), Oct 6: Indian Air Force conducted a full dress rehearsal at Hindon Air Base in Ghaziabad on Wednesday ahead of the 89th anniversary of IAF on October 8.
“A scintillating air display by various aircraft will be the hallmark of the Air Force Day Parade-cum-investiture Ceremony at Air Force Station Hindan (Ghaziabad),” said a release issued by the Ministry of Defence.
“The air display will commence with flag bearing skydivers of the famous AKASH GANGA Team dropping out of AN-32 aircraft in their colourful canopies at 08.00 am. The flypast would include heritage aircraft, modern transport aircraft and frontline fighter aircraft. The ceremony will conclude at 10:52 AM with the spellbinding aerobatic display,” it added. (Agencies)