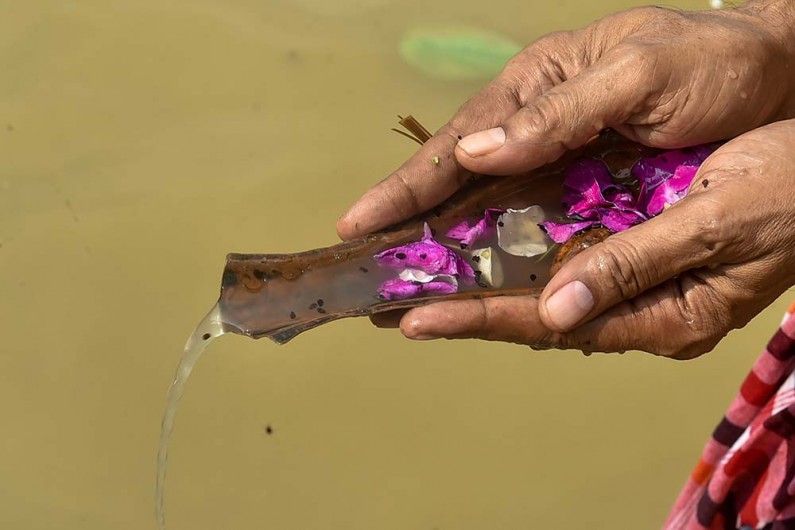 Kolkata (West Bengal), Oct 6: A large number of people on Wednesday converged on the banks of the Hooghly River in Kolkata to offer prayers to their ancestors on the last day of Pitru Paksha, also known as Sarvapitari Amavasya.
Pitru Paksha, which is called Mahalaya in West Bengal, is the 16-day lunar day period when Hindus pay homage to their ancestors (Pitras), marking the beginning of ‘Devi Paksha’, the day marked by the arrival of Goddess Durga, according to the Hindu calendar.
It is believed that on this day the spirits of ancestors happily go back to their respective worlds after blessing their relatives.
“It is the farewell of pitra (father) and the arrival of maa (mother). It brings peace to your ancestors and your family,” said Sudarshan Pathak, a priest.
People travel long distances to perform this ritual of paying homage to their parents.
“We took a bath in the Ganga and paid homage to both father and mother. We have been doing this for years and will continue to do so. I think everyone should come and perform their duty of paying homage to their late parents,” said Ramesh Lal.
A large number of people also visited the banks of the Ganga and Yamuna rivers in Prayagraj to pay their homage. Similarly, people were also seen performing ‘pind dan’ on the banks of Falgu river in Gaya, Bihar and on the Ganga ghat in Varanasi. (Agencies)