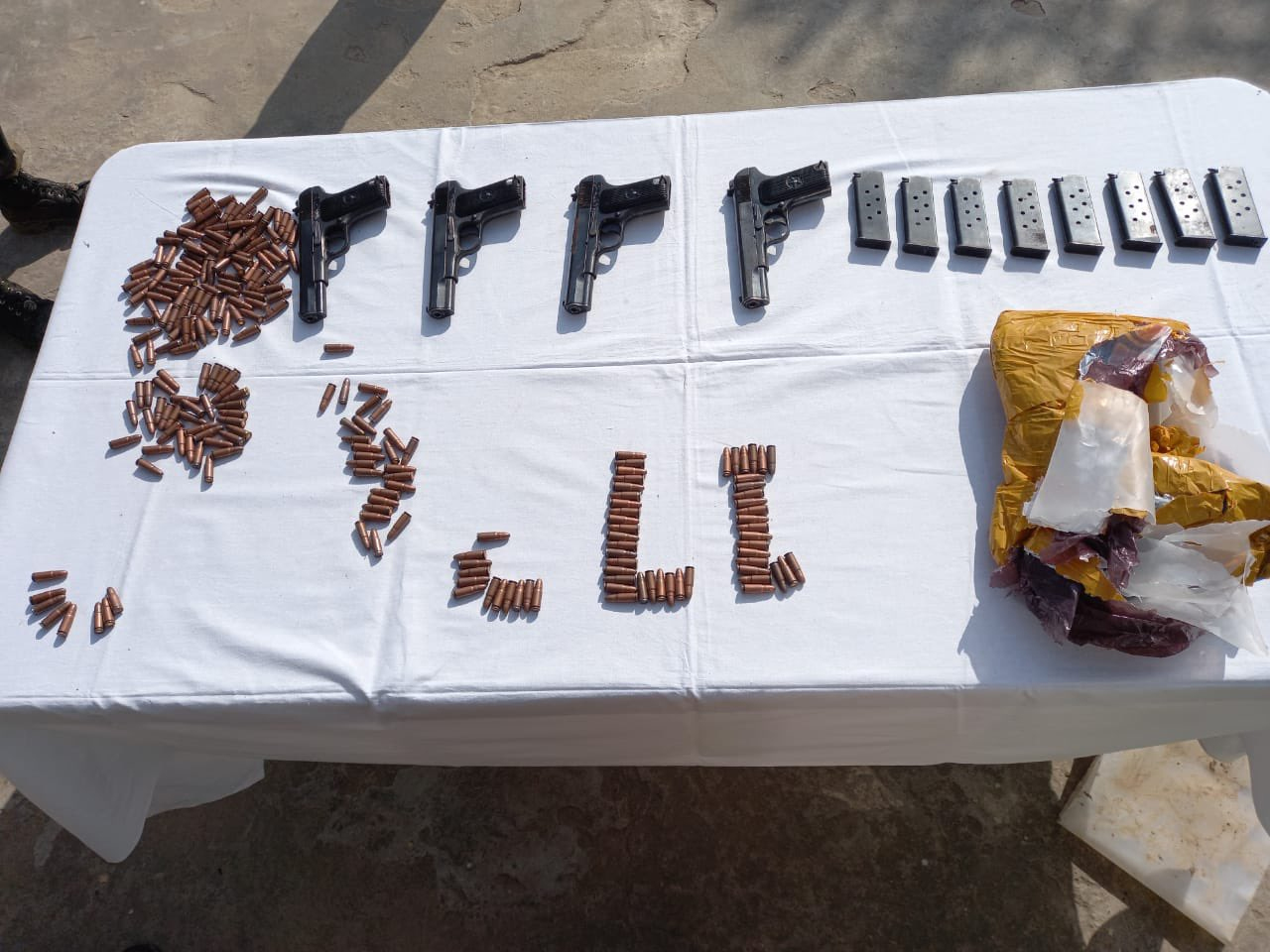 Jammu, Oct 7: The Border Security Force (BSF) on Thursday foiled a major bid by terrorists to smuggle in weapons from Pakistan along the International Border (IB) and seized a big cache of arms and ammunition in Jammu and Kashmir”s Samba district, officials said.
“The BSF, Jammu today foiled a weapon smuggling attempt from across the International Border in Samba area and seized a big cache of arms and ammunition,” BSF DIG S P S Sandhu said.
He further said the seizure by BSF troops included four pistols, eight pistol magazines and 232 rounds of ammunition.
The DIG said further details are expected to follow.
There have been several incidents of weapons and narcotic smuggling attempts done by cross-border terrorists to drop weapons on this side of the border through drones over the past six months.
It may be recalled that an arms consignment including one AK assault rifle, three magazines and 30 rounds believed to have been dropped by a drone from Pakistan had been recovered last Saturday by police near the International Border from Sounjana village of Phalain Mandal, about six km from the IB.
On September 27, BSF recovered four pistols, eight magazines, 100 rounds of ammunition, a packet of narcotics weighing about one kg along with fake Indian currency worth Rs 2,75,000, from the International Border in Akhnoor sector of Jammu district, officials said. (Agencies)