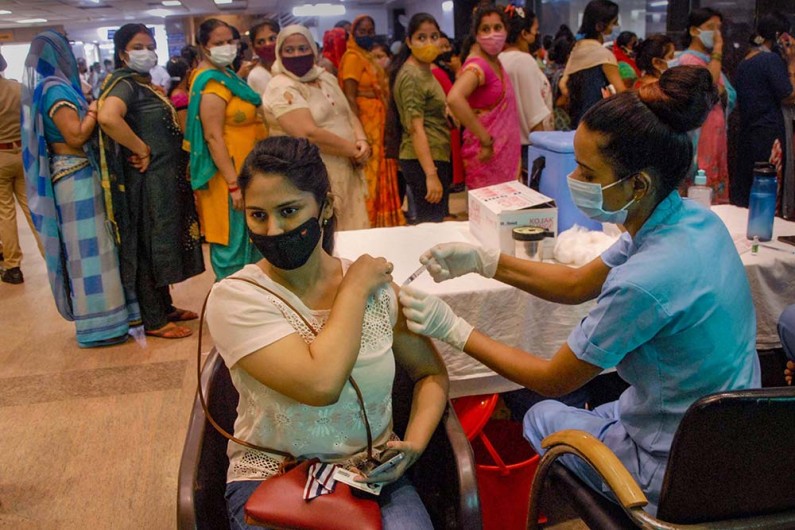 JAMMU, Oct 8: Jammu and Kashmir reported 100 new covid-19 cases even as there was no death due to the virus in the last 24 hours, officials said on Friday.
Eight among these cases were reported from Jammu Division and 92 from Kashmir Valley, taking the overall tally to 330352.
There was no death due to the virus. So far 4426—2174 in Jammu and 2252 in Kashmir—have died due to the pathogen, they said.
Giving district wise details, the officials said that Srinagar reported 47 cases, Baramulla 10, Budgam 14, Pulwama 2, Kupwara 4, Anantnag 1, Bandipora 1, Ganderbal 13, Kulgam 0, Shopian 0, Jammu 4, Udhampur 0, Rajouri 1, Doda 0, Kathua 0, Samba 0, Kishtwar 0, Poonch 1, Ramban 1and Reasi 1.
Moreover, the officials said that 91 more patients have recovered—25 from Jammu Division and 66 from Kashmir. So far 324827patients have recovered, leaving active case tally at 1099—300 in Jammu and 799 in Kashmir.
Meanwhile, there was no fresh confirmed case of mucormycosis (black fungus) reported today, they said. So far 46 black fungus cases have been confirmed in J&K, the officials added.
The government also informed that highest number of vaccination 1,82,863 doses were administered in J&K in the last 24 hours. So far 12,708,865 does have been administered. (Agencies)