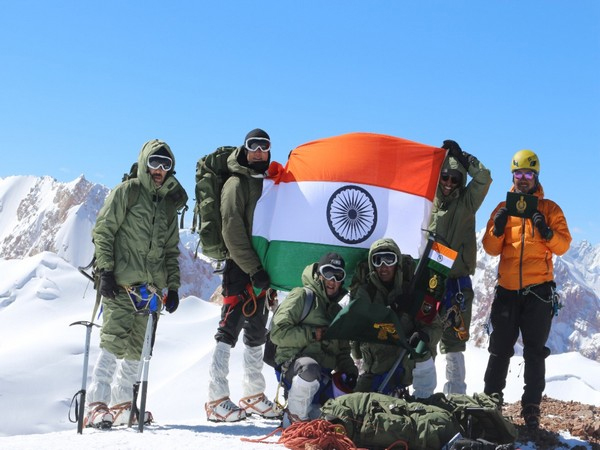 New Delhi, Oct 9: The personnel of Indo-Tibetan Border Police (ITBP) and the Ladakh Police have scaled two unnamed 6,000-metre height mountains in Eastern Ladakh on Saturday and named one of them as ‘Norbu Wangdu peak’ – dedicating it to ITBP’s mountaineer late Nurbu Wangdus, who died during an avalanche in October 2019.
ITBP Inspector General Lhari Dorjee Lhatoo along with members of North-West Frontier of the force’s Mountaineering Expedition ‘Shikhar’, and the Ladakh Police successfully scaled the twin unnamed peaks – 6,250 metre and 6,099 metre – on Eastern Ladakh on October 6. The ITBP named 6,250 metre as Norbu Wangdu Peak.
Team ‘Shikhar’, which has 20 mountaineers, including four women mountaineers of the ITBP and two personnel of the Ladakh Police, under the leadership of Commandant D.S. Negi of ITBP, was launched on September 28 this year from Leh.
After the successful scaling of the peak, the expedition was dedicated to head constable late Nurbu Wangdu, who died while climbing Mount Gangotri-1 in Uttarakhand after the team was hit by an avalanche.
Formed in 1962 during the India-China war, the border guarding force, ITBP, has recorded more than 223 successful mountaineering expeditions till now, which is a unique record. (Agencies)