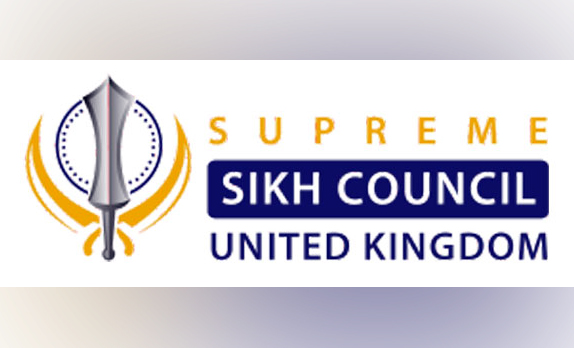 London [UK], Oct 10: Condemning the targeted killings of members of minority communities in Jammu and Kashmir, Supreme Sikh Council UK has urged the Pakistan Government to control militant groups operating from Pakistan which target civilians in India.
The Supreme Sikh Council UK, which is the biggest Sikh body in the UK with an affiliation of over 170 Gurudwaras, asked Islamabad to take action against those responsible for killing dozens of civilians every year in Jammu and Kashmir.
In a statement denouncing the recent killings of Pakistan, India’s Jammu and Kashmir and Afghanistan, the Sikh body expressed concerns over reports of persecution of minority communities in Pakistan and called upon the country’s government to protect the rights of minorities.
“We strongly condemn the killing of a pious Sikh doctor in Peshawar in Pakistan last week and further five targeted killings of civilians by militants including a female Sikh head teacher, prominent Hindu pharmacist and a Hindu male teacher with an intention to create fear and panic amongst minority community of Jammu and Kashmir,” the statement read.
“We call upon the Pakistan government to protect the rights of minorities in Pakistan and to use its influence on the Taliban regime in Afghanistan to uphold the rights of minorities in Afghanistan. Further, we also urge Pakistan Government to control extremist groups operating from Pakistan targeting civilians of J&K and to hold those responsible for killing dozens of civilians each year in J&K,” the statement read.
The Kashmir valley has witnessed a sudden spurt in the targeted killing of civilians from minority communities-Hindu and Sikh.
On October 2, militants shot dead two civilians — Majid Ahmad Gojri and Mohammad Shafi Dar — in separate incidents in Srinagar. Two government teachers including Supinder Kaur from Srinagar and Chand from Jammu were killed on Thursday.
Makhan Lal Bindroo, a prominent Kashmiri Pandit and owner of a pharmacy in Srinagar was shot dead at his shop on Tuesday evening. Just minutes later a street hawker, Virendra Paswan from Bihar, was gunned down in Srinagar. Another civilian, Mohammad Shafi Lone, was killed in Naidkhai in Bandipora on the same day.
The Indian government has condemned the murder of innocent civilians by militants and expressed concerns about cross border terrorism.
The Sikh body also expressed concerns with frequent reports of persecution of minority communities in Pakistan including kidnapping, rape, forced conversion and marriages of girls from Sikh and Hindu communities in Pakistan.
Such murders and targeted persecution are designed to create fear and ethnically cleanse areas as was the case leading up and during partition, the body said. (Agencies)