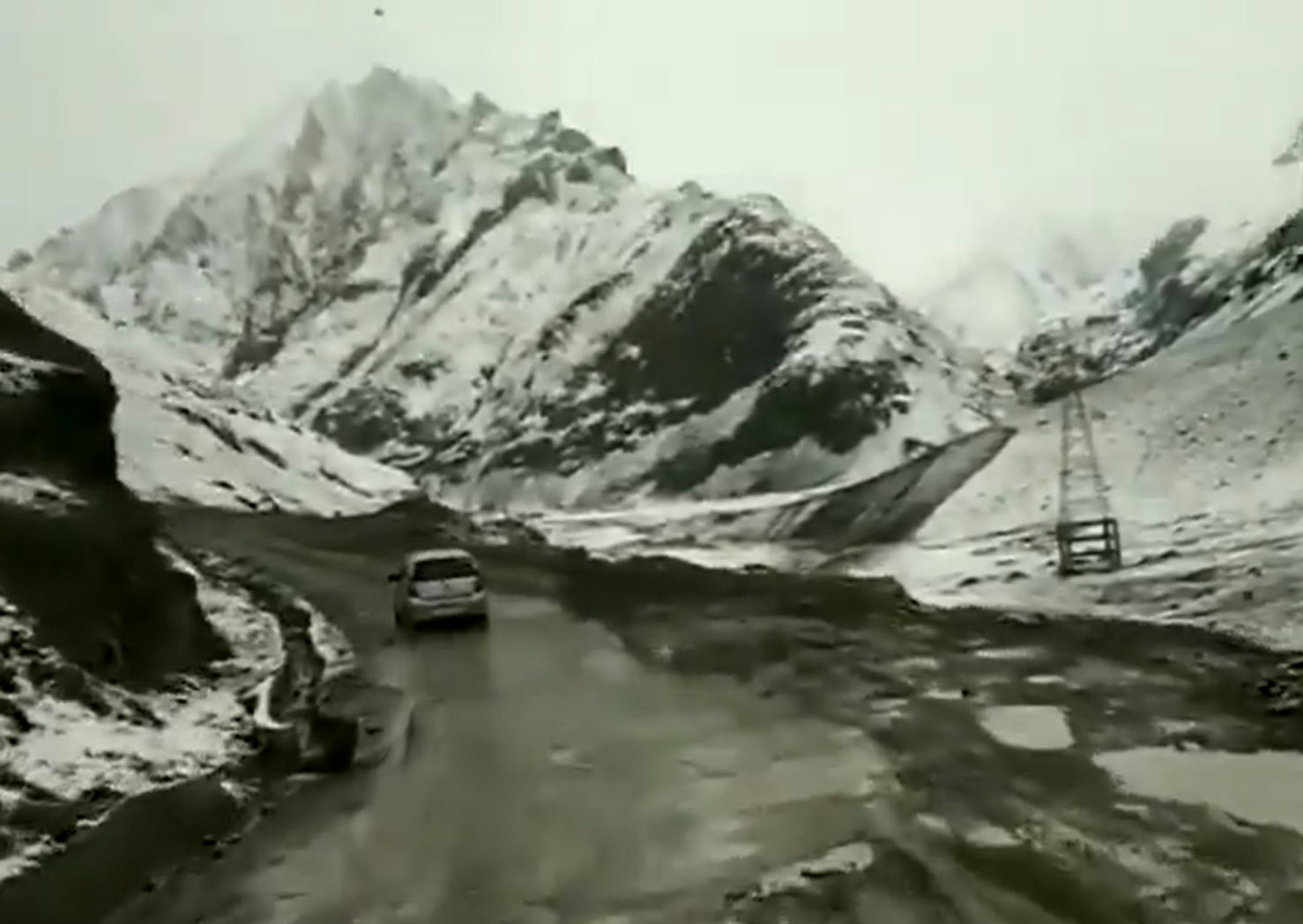 Srinagar, Oct 11: The higher reaches of Jammu and Kashmir and Ladakh witnessed the season’s first snowfall on Monday as the minimum temperatures dropped all across the two union territories.
The Met Office said that snowfall was reported in Zojila Pass, Gulmarg ski resort and other higher reaches.
“Minimum temperatures dropped all across Jammu and Kashmir and Ladakh. Minimum temperature was 9.8 degrees Celsius in Srinagar, 6.7 in Pahalgam and 1.5 in Gulmarg. It was 5.6 in Leh and 3.1 in Drass town,” the Office said.
Meanwhile, Jammu recorded 20.1, Katra 15.8, Batote 9.1, Banihal 8.0 and Bhaderwah 9.2 as the night’s lowest temperature.
“The weather is likely to improve in the afternoon as the Western Disturbance (WD) presently active over Jammu and Kashmir is moving North West,” a Met Department official said. (Agencies)