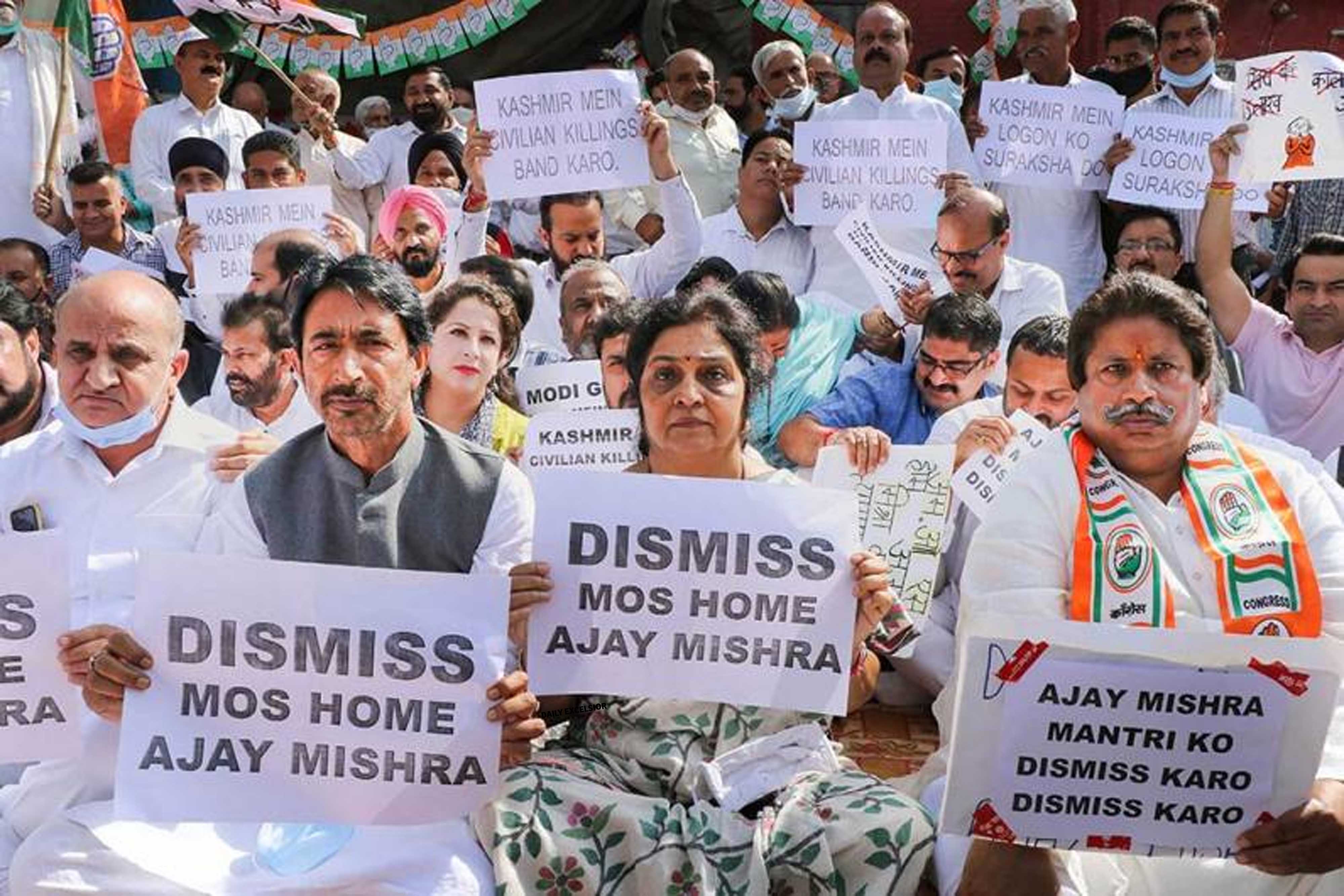 Jammu, Oct 11: Hundreds of Congress activists led by AICC incharge J-K Affairs Rajni Patil staged a silent protest outside the Raj Bhavan here on Monday against the Lakhimpur Kheri violence and pushed for dismissal of MoS Home Ajay Mishra.
Jammu and Kashmir Pradesh Congress Committee (JKPCC) chief G A Mir, along with other senior party colleagues, was also part of the peaceful ”maun dharna” (silent sit-in).
The participants were holding placards which read “dismiss MoS Home Ajay Mishra” and “Kashmir mein civilian killings band karo” (stop civilian killings in Kashmir).
Eight people died in the October 3 violence and of them, four were farmers, allegedly knocked down by a vehicle carrying BJP workers. Infuriated farmers then allegedly lynched some people in the vehicles. The other dead included two BJP workers and their driver.
Ajay Mishra”s son Ashish was arrested on Saturday by the UP Police in connection with the October 3 violence. He was produced before a court late on Saturday night, which sent him to 14-day judicial custody.
A Congress spokesperson said the silent sit-in protest is part of the nationwide programme chalked out by the party to press for sacking of the minister. (Agencies)