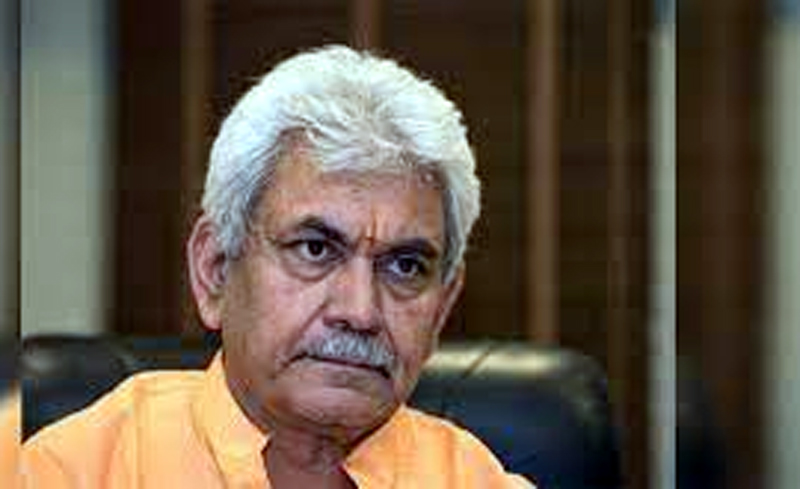 Proposal also submitted for land use change, notification of 92 villages

Mohinder Verma
JAMMU, Oct 10: Lieutenant Governor of Union Territory of Jammu and Kashmir will shortly take decision on the much-needed revision of Jammu Master Plan-2032 as Housing and Urban Development Department has finally submitted proposals in this regard keeping in view the glaring discrepancies pointed out by the Divisional Commissioner Jammu.
Official sources told EXCELSIOR that Housing and Urban Development Department has submitted two separate proposals to the Lieutenant Governor Manoj Sinha through Chief Secretary Dr Arun Kumar Mehta mentioning the urgency for revision of Jammu Master Plan-2032 and initiating some immediate measures to change the land use.
The revision of Jammu Master Plan has been recommended as per Section 7 of the Jammu and Kashmir Development Act read with Section 13 of J&K Development Rules, 1976, which state: “The Authority may amend the whole or any part of the Master Plan, if necessary, at the expiry of every five years in accordance with the procedure prescribed in the Act and these Rules”.
“Provided that if the Authority is of the opinion that having regard to the circumstances prevailing at any particular time, it is necessary so to do it may amend the Master Plan or any part thereof at any time prior to the expiry of the five years period in accordance with the procedure”, states a provision in Section 7 of the Act.
“In view of this, periodic review of the Master Plan can be undertaken and the same is necessity keeping in view the glaring discrepancies pointed out by the Divisional Commissioner Jammu”, sources said, adding “in the second proposal the Housing and Urban Development Department has sought the approval for immediate notification of 98 villages within the local area which were erroneously excluded in the earlier notification despite falling within the jurisdiction of Jammu Master Plan-2032”.
Moreover, the Housing and Urban Development has brought to the notice of the Lieutenant Governor that representations have been received from time to time for some non-compatible uses in the peripheral areas of Jammu Master Plan where no construction is allowed as proposed land use allows purely agriculture and urban agriculture use.
“Even there are certain discrepancies regarding super imposition of Forest maps in Jammu Master Plan-2032. Further, in many cases the land under the ownership of Jammu Development Authority has been shown as water body, nullah, open spaces, buffer spaces/forest uses etc in Jammu Master Plan-2032 thereby obviating the objective of JDA to carry out building, engineering and other operations to execute works in connection with the supply of essential services and amenities to improve living condition of people for which land use would have been carefully indicated without compromising with the green spaces as per required norms”, sources informed, adding “all this has also been indicated in the proposal”.
When contacted, an officer of the Housing and Urban Development Department confirmed that two separate proposals have been submitted to the Lieutenant Governor through Chief Secretary. “Hopefully, the proposals will be cleared either through circulation or by the Administrative Council in next few days so that existing discrepancies are removed for holistic development”, he added.
It is pertinent to mention here that some new projects launched within the local area of Jammu Master Plan-2032 having radiating effect (development corridors) on the overall scenario of the local area of Master Plan are Jammu-Katra Expressway, Jammu-Akhnoor Road widening and flyover, ring road from Raya Morh to Nagrota and Jammu Metrolite Rail Projects.
Accordingly, the composite mixed land use regulations as envisaged in Section 13.5 of Jammu Master Plan-2032 will be an important factor along these transport corridors.
The prevailing discrepancies in the Jammu Master Plan were exclusively highlighted by EXCELSIOR in its edition dated August 12, 2021 and thereafter on August 27, 2021 the non-seriousness on the part of Housing and Urban Development Department was reported.