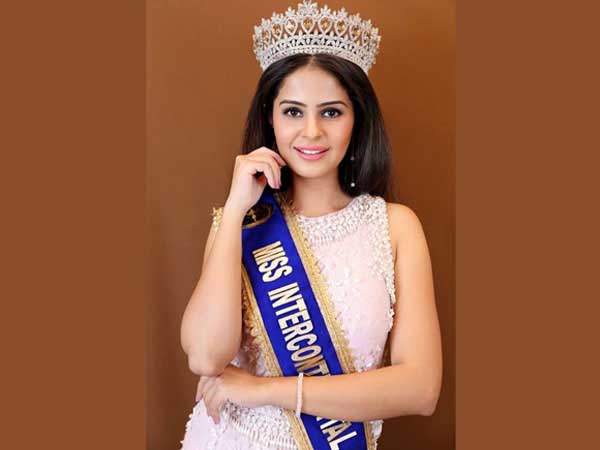 Rajasthan, Oct 11: Mittali Kaur from Rajasthan, who has been crowned Miss Intercontinental India 2021 and Miss Global India 2019-20, will be representing the country at Miss Intercontinental World Pageant later this year, says that the cause closest to her heart is that she wishes every woman to enjoy equal status in the society and be treated equally as their male counterparts.
Mittali revealed that the moment her name was announced, she felt like a dream come true for her, further elaborating upon the cause closest to her heart. Speaking about her inspirations, Mittali reveals that her family is her biggest inspiration. She says, “(My) mother inspires me to be dedicated, (my) father inspires me to be grounded. To sum up, I would say I get inspired by each and everyone around me for some or the other thing.”
As for her views on pageantry being a medium of social change, Mittali says, “It gives young women the platform where they could voice their opinions and views, which in itself is the empowerment of women. To change the society’s mentality where they look at an individual as a human being and not discriminate based on gender.”
Born And Brought Up in Sikh Family, Mittali, who hails from Rajasthan, will be representing India at Miss Intercontinental world 2021 in Egypt, Sharm El Sheik, on October 29, 2021. Under the guidance of mentors, Miss Rajasthan Organisation Founders Mr. Yogesh Mishra and Nimisha Mishra, Mittali won a national pageant, Miss Global India. They went to Mexico to represent India at the international pageant.
Competing among 64 countries was very challenging yet the most incredible experience of my life. Giving up has never been an option for me. I don’t think I have ever been through that feeling. I don’t deny that there were moments of weakness, but I don’t think any failure or negativity has led me to want to give up. Awarded With Tejaswani Samaan 2021 was the proudest moment for me. (Agencies)

Facebook
Twitter
Pinterest
WhatsApp
Previous articleBharti’s OneWeb, ISRO arm collaborate to launch satellite in India from 2022
Next articleComb Types and How to Use Them on Your Hair Type