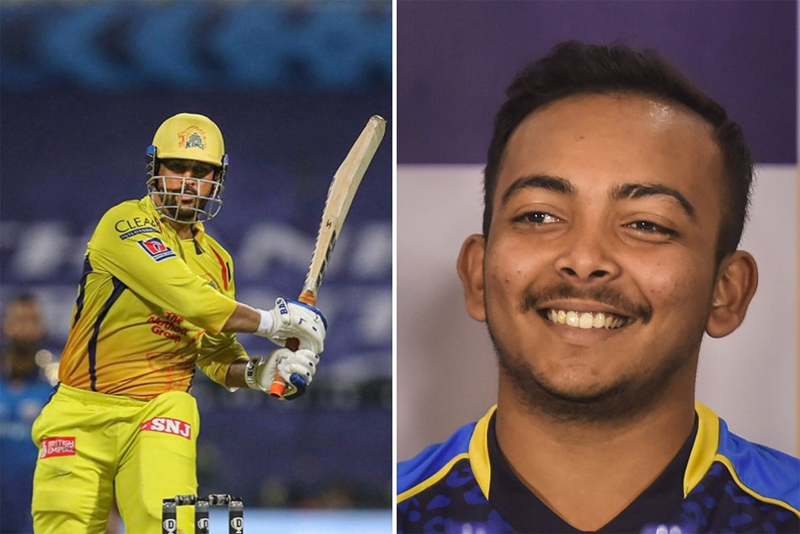 DUBAI, Oct 11: Delhi Capitals opener Prithvi Shaw is in awe of Mahendra Singh Dhoni’s finishing abilities and considers himself lucky to have got a chance to watch the legendary Chennai Super Kings captain, who steered his team to the IPL final with a brilliant cameo here.
The 40-year-old Dhoni produced a nostalgic little innings (18 not out off 6 balls) to take CSK into their ninth IPL final after beating DC by four wickets in the Qualifier 1 here on Sunday night.
Needing 13 off the last over, Dhoni hit a square cut, got a bit of luck going his way and then pulled DC’s best bowler Tom Curran for the most celebrated T20 boundary of recent times.
“MS Dhoni is something different, everyone knows that. We have seen him finish games so many times and it’s nothing new for him or for us to see him do that. He’s definitely a dangerous player whenever he bats.
“I feel very lucky to be in this atmosphere and get a chance to watch him as a batsman and a leader. He took the game away from us,” Shaw said in a release issued by his franchise.
Shaw (60 off 34 balls) and skipper Rishabh Pant (51 off 35) scored stroke-filled fifties to guide DC to a challenging 172 for five before CSK chased down the total in 19.4 overs.
And Shaw said last night’s loss is a tough one to digest for the team.
“At the moment, we have to back each other. The entire team takes the responsibility for our performance, whether we win or lose. We’ll try and come back stronger in the next match. It’s a tough loss to digest for the team.
“However, we have one more match through which we can qualify for the final and I believe in each and everyone in the team. They are all great players – talent and skill-wise. I really believe that we can do something special in the next match and go through to the final,” he said
Talking about his own innings, Shaw felt he should have carried on for a longer time. DC still have a chance at making the finals as they will take on the winner of tonight’s eliminator in Qualifier 2 on Wednesday.
“I am happy with my knock, but I feel I should have played a longer innings. This is a lesson for me. When I am in the same situation again, I’ll try to bat for a longer time.” (PTI)