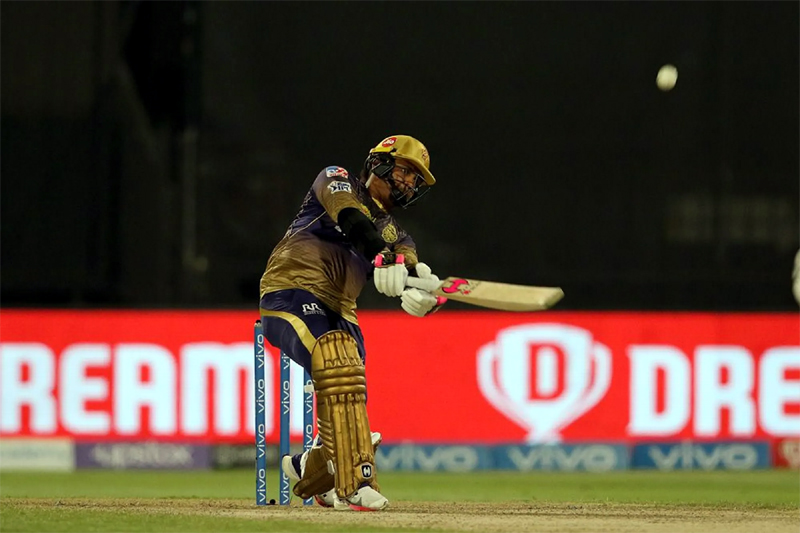 Sunil Narine gave glimpses of his ‘old mystery’ with the ball and then topped it up with three monster sixes as Kolkata Knight Riders’ four-wicket victory in an exciting ‘Eliminator’ dashed Virat Kohli’s dream of winning an IPL trophy while leading Royal Challengers Bangalore.
KKR will now meet Delhi Capitals in the second Qualifier on Tuesday to decide Chennai Super Kings’ rivals for the title clash on October 15.
Narine, who had to remodel his action after coming under the scanner due to a suspect action multiple times, singlehandedly “eliminated” Royal Challengers Bangalore with bowling figures of 4 for 21.
He then produced a crucial 26-run knock off 15 balls that made a tricky chase of 139 slightly easier in the end. KKR got home with two balls to spare.
Kohli, who was captaining RCB for the last time, did make a contentious decision by opting to bat on a sluggish surface which also offered turn.
Narine (4/21) sent RCB’s biggest guns back in the dug-out as Kohli, AB de Villiers and Glenn Maxwell had no answer to his turning deliveries under pressure situation.
With Varun Chakravarthy (0/20) not conceding a single boundary and Shakib Al Hasan (0/24 in) also keeping the batsmen on a tight leash, the KKR’s spin troika gave away only 65 runs with four boundaries in 12 overs.
Defending a low score was never easy but save Harshal Patel’s all-time highest-wicket tally (in a single edition) of 32, RCB had nothing to write home about as another season that started with a bang ended in a whimper.
Once again, captain Kohli’s inability to win pressure matches and big-ticket tournaments was proved by KKR’s spinners, who were successful in tying the batters in knots. Not to forget the skipper not being at his best during middle overs in any of the games.
KKR’s chase could have been a bit dicey but Narine just chanced his arms in the 12th over to muscle Dan Cristian for three sixes, which proved to be decisive in the end.
However the evening did start well for RCB when Devdutt Padikkal (21 off 18 balls) and Kohli (39 off 33 balls) got off to a great start by adding 49 runs in the first five Powerplay overs.
The opening duo attacked an under-pressure Shivam Mavi with as many as five boundaries coming in those first few overs.
However it was Lockie Ferguson (2/30), whose extra pace did Padikkal in as the left-hander, trying to cut, dragged a delivery, pitched well outside off-stump. (PTI)