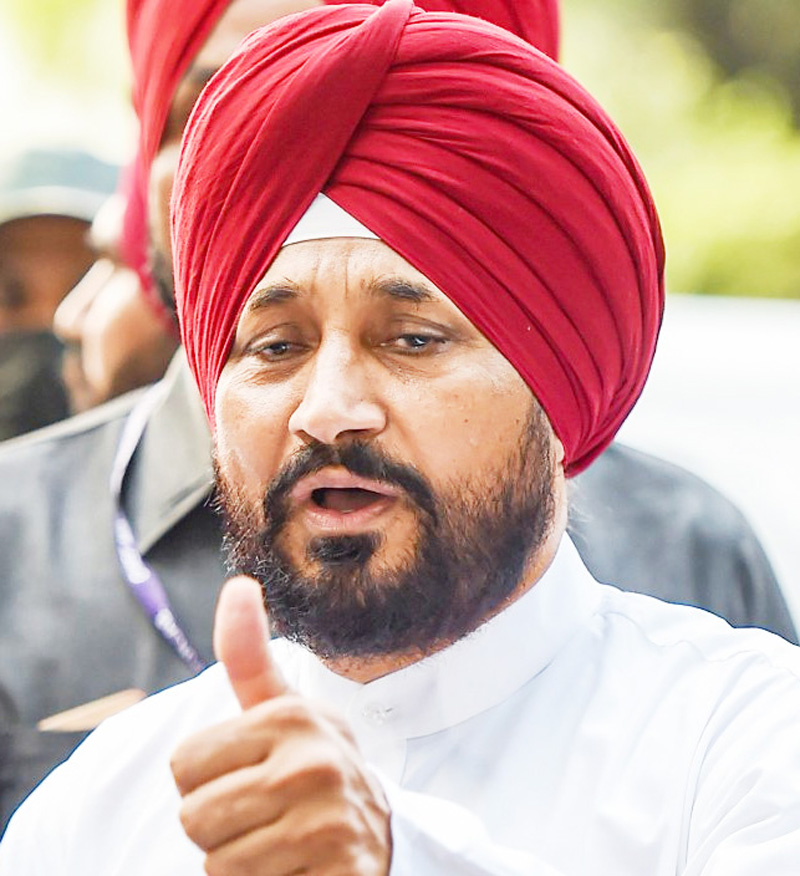 CHANDIGARH, Oct 11:
Punjab Chief Minister Charanjit Singh Channi on Monday said his Government will not let a power blackout take place in the state and he has asked the Centre to ensure adequate supply of coal.
Channi’s statement came amid a power crisis triggered by severe coal shortage in the state’s thermal power plants.
“Not only Punjab, the entire country is facing the power crisis because of coal shortage,” Channi told reporters, adding that he spoke to the coal minister and even had written a letter in this regard.
He has also asked the Centre to ensure adequate supply of coal to Punjab at the earliest, Channi said.
To a question on fears of a power blackout, Channi said his government will not let it happen in the state.
Power supply situation continued to remain grim in Punjab as the state-owned utility PSPCL has been imposing up to three-hour daily power cuts across all categories of consumers to bridge the gap between demand and supply.
Severe coal shortage has forced Punjab State Power Corporation Limited to cut down power generation.
Because of depleted coal stock, the coal-fired power plants were operating at less than 50 per cent of their generation capacity, officials had said on Sunday.
While the private power thermal plants had coal stock of up to 1.5 days, the state-owned units had coal for up to four days, the officials said.
PSPCL Chairman and Managing Director A Venuprasad on Sunday said the power utility was facing acute coal shortage in all of the coal-based plants situated across the state. (PTI)