Kashmir will never be part of Pakistan: Farooq 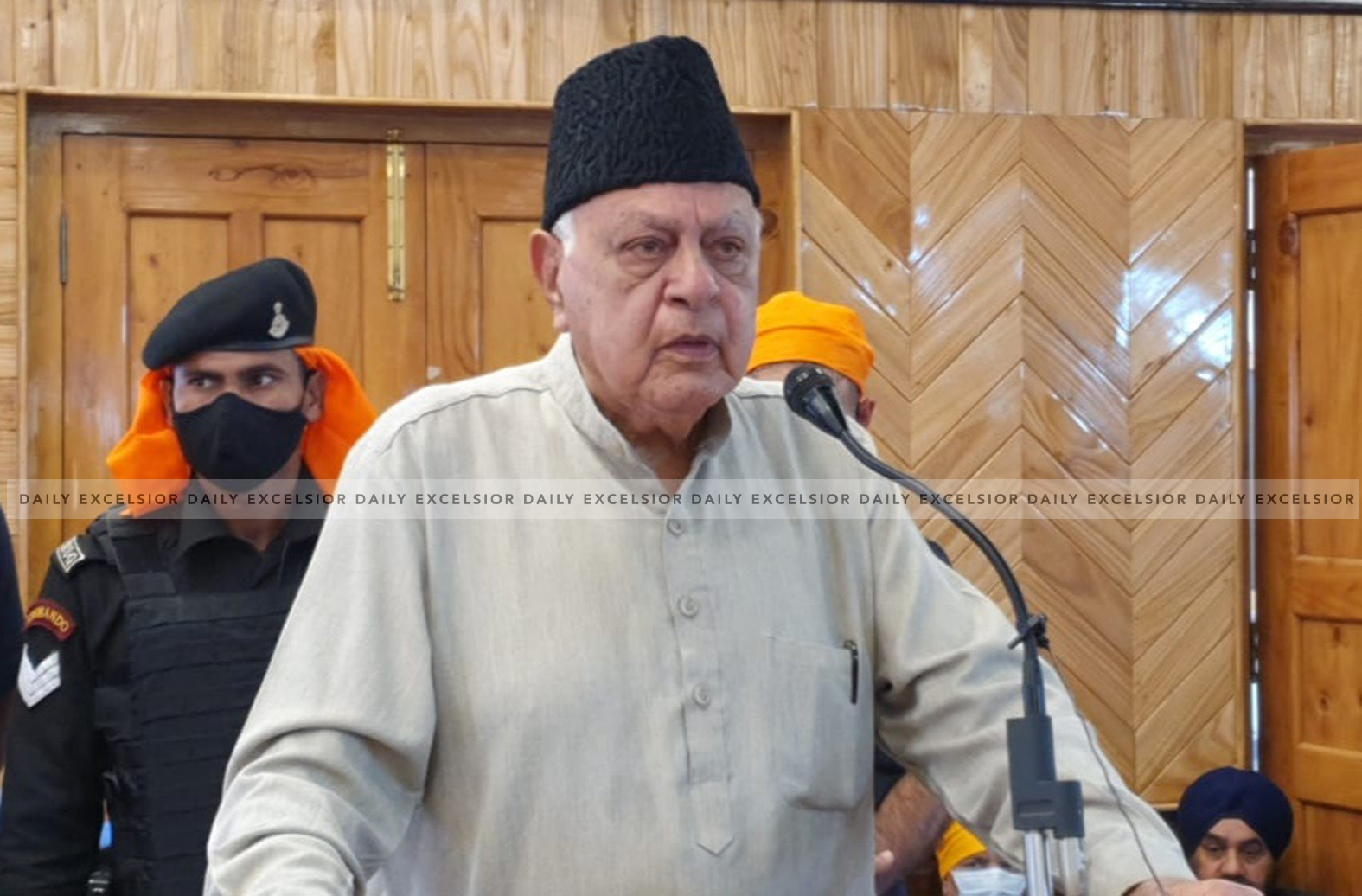 SRINAGAR, Oct 13: National Conference President and MP Farooq Abdullah on Wednesday said Kashmir will never become part of Pakistan and always remain with India come what may and even if the militants went to extent of gunning him down.
Abdullah said divisive politics must end in the country for it to survive and people must stop dividing society on religious lines.
“It will never become Pakistan here, remember it. We are a part of India and we will remain a part of India come what may,” said the former Jammu and Kashmir chief minister as he met the family of a victim killed during the recent spree of terror attack targeting civilians.
“They (militants) cannot change it even if they shoot me,” Abdullah told mourners during the Antim Ardas of Principal Supinder Kaur at Gurudwara Shaheed Bungha, Baghat in Srinagar.
“We all have to fight them together with courage and not be afraid. …Killing a teacher who was teaching young students does not serve Islam,” he said.
Later talking to reporters Abdullah said divisive politics in the country should stop otherwise the country will not survive.
“A storm is brewing in the country. Muslims, Sikhs and Hindus are being divided. This divisive politics has to stop. If it is not, India will not survive or exist. If India is to be saved we have to join hands then only India will prosper,” Abdullah said. (Agencies)