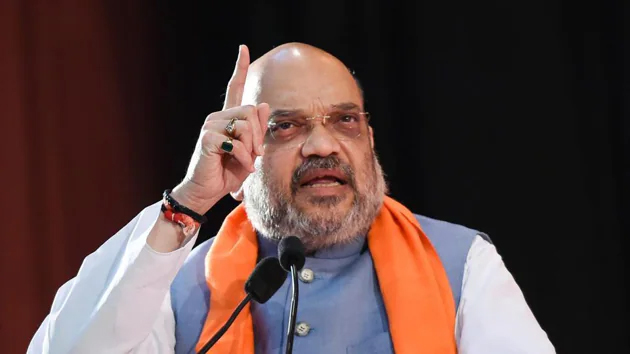 Panaji, Oct 14: Days after several terrorists were struck down in the Kashmir Valley following civilian killings, Union Home Minister Amit Shah on Thursday said India now gives befitting response to any form of terror as he recalled the 2016 surgical strikes carried out by Indian Armed Forces inside Pakistan territory after a series of cross border attacks.
Speaking after laying the foundation stone for the National Forensic Sciences University (NFSU) near the capital city, he said that the surgical strike sent a message across the world that one one cannot meddle with Indian borders.
Taking a dig at the previous United Progressive Alliance (UPA) government at the Centre, the Home Minister said earlier Delhi would do nothing even after terrorists would breach borders and cause unrest in the country.
However, after the BJP came to power India gave a befitting reply in the form of surgical strike in 2016 after the terrorists carried out an attack in Jammu and Kashmir’s Uri, he said.
There used to be talks earlier but starting 2016 India began responding in the same language, he said, in an apparent reference to Pakistan.
‘Surgical strike under PM Modi and former Defence Minister Manohar Parrikar was an important step. We sent out a message that no one can disturb India’s borders. There was a time for talks, But now is the time to reciprocate,” he said.
Shah’s statement has come at a time when a series of civilian killings triggered fear in the Kashmir Valley following an increase in terror activities. As Indian forces searched for the perpetrators several militants were killed including top Jaish commander.
Indian Armed Forces had carried out a surgical strike across the Line of Control in September 2016 in response to terrorist attacks in Uri, Pathankot and Gurdaspur. They were conducted on September 29, 2016, 11 days after the Uri attack. (Agencies)