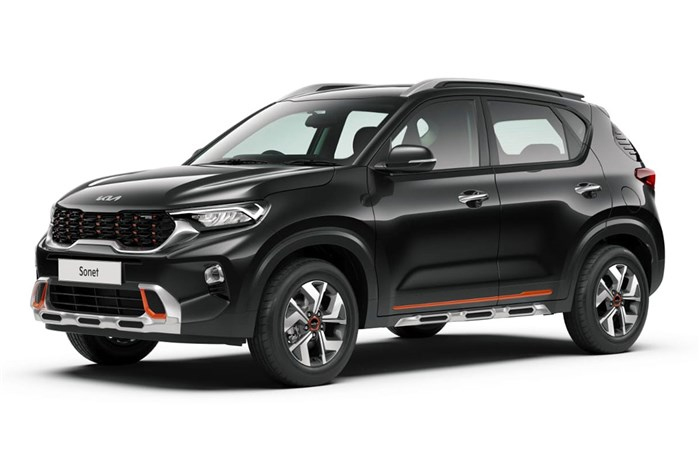 New Delhi, Oct 14: Automaker Kia India on Thursday said it has launched the first anniversary edition of its compact SUV Sonet, priced between Rs 10.79-11.89 lakh (ex-showroom).
The Sonet 1st anniversary edition is available in four powertrain options, paired with manual and automatic transmissions.
The petrol trims are priced at Rs 10.79 lakh and Rs 11.49 lakh while the diesel variants are tagged at Rs 11.09 lakh and Rs 11.89 lakh.
“The Sonet has been one of our breakthrough products that have contributed to Kia’s success in India. With sales of more than one lakh units in less than a year, the Sonet has already established itself as one of India’s highest-selling compact SUVs.
“To celebrate this adoration, we are excited to launch the anniversary edition of the Sonet,” Kia India MD and CEO Tae-Jin Park said in a statement.
Carved out of sheer design excellence, the anniversary edition Sonet is based on the concept of Aurochs and boasts a muscular look offering a bolder and premium driving experience to customers, he added. (AGENCIES)