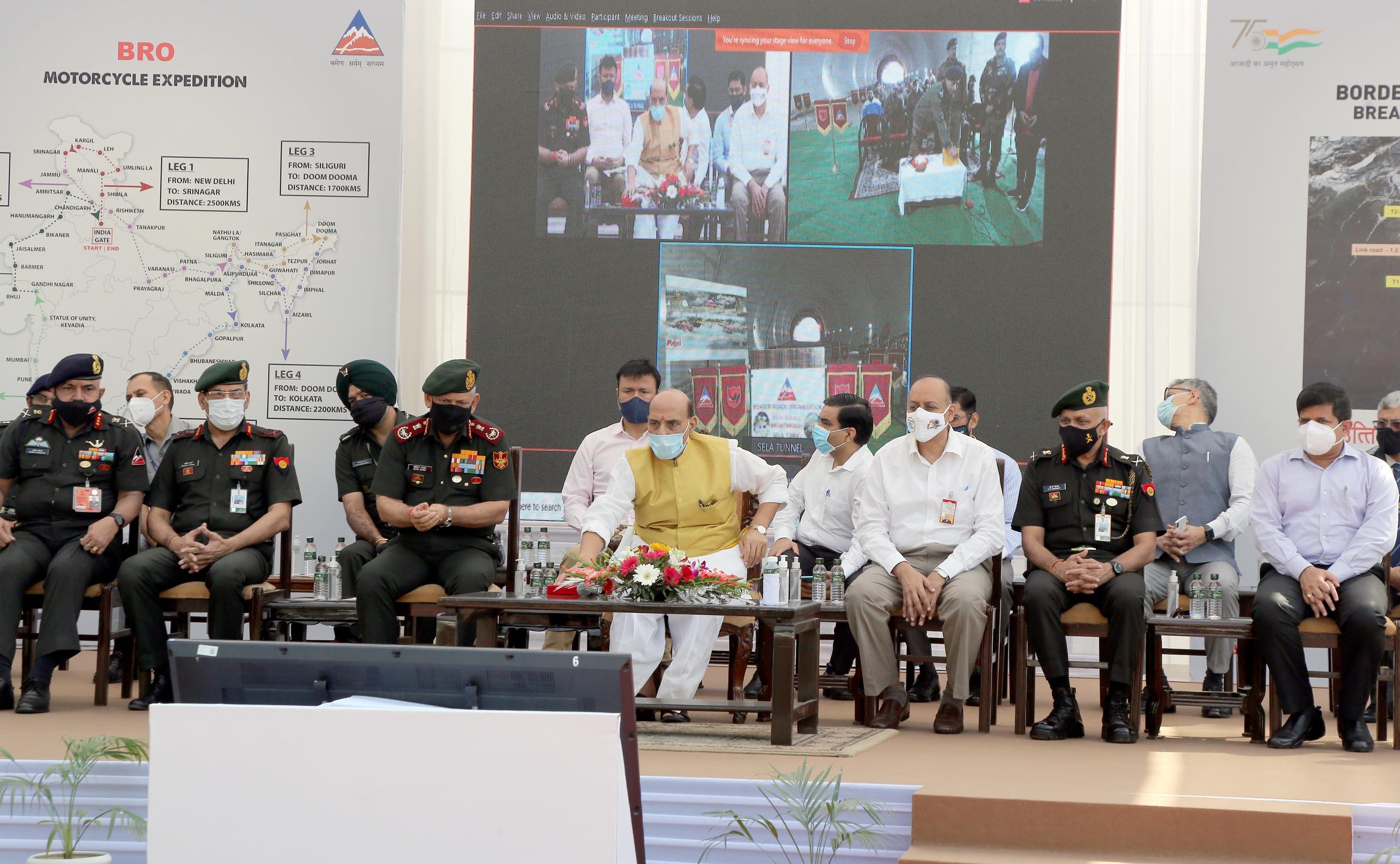 New Delhi, Oct 14: Women shall be able to join India’s premier tri-service pre-commissioning training institute, the National Defence Academy, from next year, said Defence Minister Rajnath Singh on Thursday.
The defence minister said this at the Shanghai Cooperation Organisation international webinar on the Role of Women in the Armed Forces.
“I am happy to share with you that from next year, women shall be able to join our premier tri-service pre-commissioning training institute, the National Defence Academy,” while his address.
During the address, the Defence Minister added that the induction of women in Military Police has commenced last year, marking a major milestone wherein women are inducted in the rank and file of Army.
The international webinar in video conference mode is being hosted by the Ministry of Defence (MoD).
The webinar is being conducted in two sessions. The first session on ‘Historical Perspective of Women’s Roles in Combat Operations’ Chaired by Deputy Chief of Integrated Defence Staff (Medical) Lt General Madhuri Kanitkar.
Apart from India, speakers from China, Kazakhstan and Kyrgyzstan have also participated in the session.
The conference was originally planned with the physical presence of the representatives of the member states in the year 2020; however, owing to COVID-19 pandemic, is now being conducted via video conferencing.
The Government of India has recognized women as proud and essential members of the Indian Defence forces and the potential they bring to the Armed Forces.
Accordingly, in the last seven years, the Government has taken several steps to bring in more opportunities for women in the Indian Defence forces as well as create equality in service conditions for women and men. Today, women are greatly empowered within the Indian Defence Forces, whether it is the Indian Army, Indian Navy or the Indian Air Force. (Agencies)