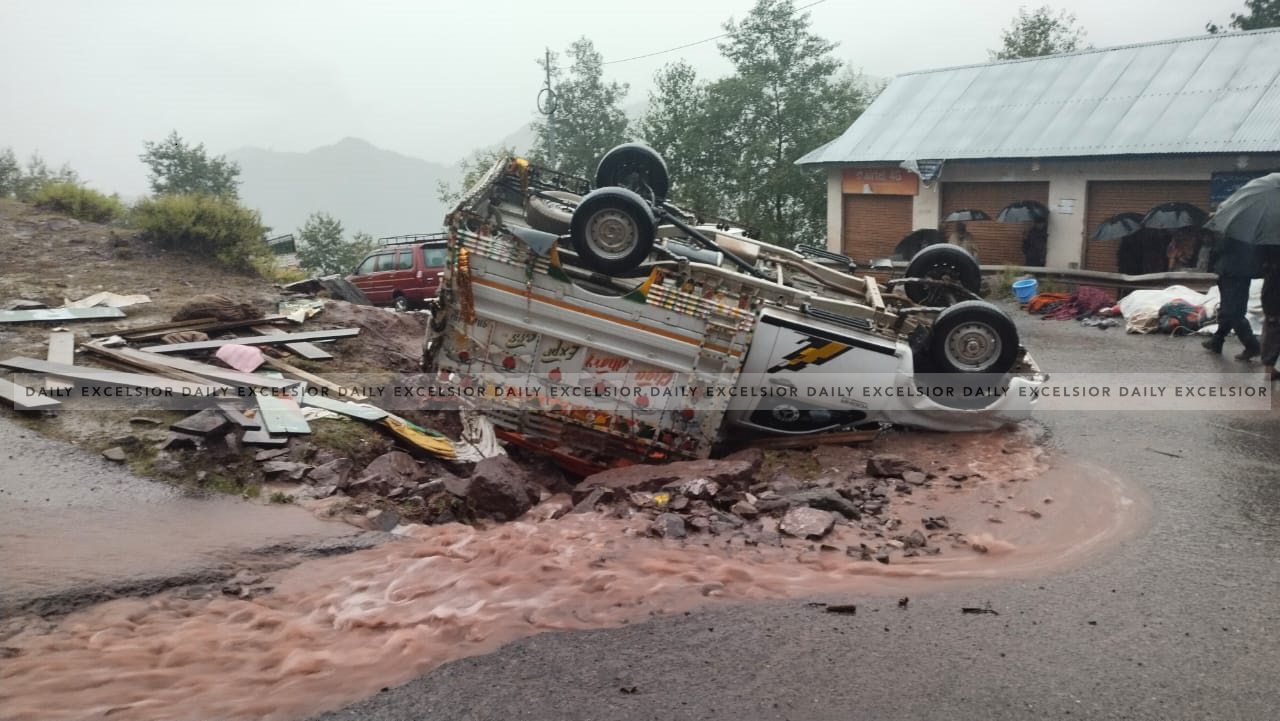 JAMMU, Oct 23: Three people, including two children, were killed and four others injured when a load carrier overturned in Reasi district of Jammu and Kashmir on Saturday, officials said.
A private load carrier, carrying seven people from Srinagar to Arnas, overturned on reaching Chaklas around 7.30 am when its driver lost control of the vehicle, the officials said.
They said three people – Banoo Bibi (42), her five-year-old son Murshid Ali and nephew Mohammad Imran (11) – died on the spot.
Four others, including a 50-year-old woman and an eight-year-old boy, sustained injuries in the accident and had been shifted to a hospital, the officials said. (Agencies)